I ain't the sort to try to hang meaning on a dream, like Mama might, but this particular one disturbs me for a number of reasons: firstly, like I said, I've had it every single night since Little Jack's arm came back on. Secondly, discounting the fact that impossible things occur, it doesn't seem any less real than waking life; the only reason I call it a dream is that I wake up after it. And thirdly, I had an experience today that leads me to believe the dream has some evil significance.

Since the first night I had the dream, I've tried to reduce my dealings with Big Jack and Little Jack as much as possible. It may sound cruel, but I've become afraid of my own uncles. I worked it out with Mama so I'd do some extra work around the house in exchange for her going out to the cabin and bringing them food--I lied and told her it was the smell that bothered me, but really I was terrified to see them. She never said anything unusual, though. She never mentioned Big Jack talking, or Little Jack having a false arm or nothing like that. 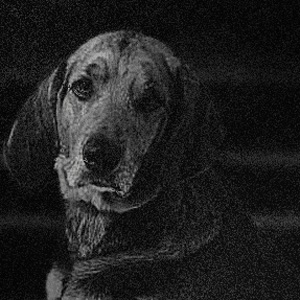 As if my mind weren't troubled enough already, though, I had another awful fright today and I can't wait any longer to write you. I was cooking supper, which is not a thing I'm accustomed to but it's the only way out of having to visit the cabin, and Mama came in, beaming. "Rusty's back," she told me, and she bade me outside to see him. As you can well imagine, I didn't share her enthusiasm. Pa told her that old hound ran away, but we both know he got kicked in the head by Gracie after he was nipping at her hooves, and Pa just didn't have the heart to say we buried that sweet old dog.

I went outside expecting to see another one of Mama's wrongheaded suppositions disconfirmed, like she just saw Rusty's lumpy shape under a cloth but it was only just a dog-shaped pile of kindling, or maybe she heard a bird that sounded like Rusty, or something of that nature. But there he was, that old hound, standing there next to Big Jack. It startled me something awful to see that dead dog standing there, but the perversity of the matter didn't end there: Big Jack was beaming at me with that same terrible smile from the dream, and it sent a fever chill through me like I never felt.

And Big Jack said to me, "It's time for him to come back, Jesse."

Mama didn't seem to notice him talk, being that she was too busy cooing at the dog to notice much of anything. Rusty didn't wag his tail like he used to do, he just stood there stock-still, staring into my eyes like a dog never does. And then he cocked his dog head a little to the side and smiled at me with a terrible grimacing smile like a dog should never do.

I heard a sound behind me, and I turned around to see Little Jack coming out from the house, where he'd always been too terrified to set foot in his whole life. He had Pa's rifle. He smiled at me, and I thought I'd never be so unhappy to see a man smile.

I was overcome with fright, and I ran straight back into the house. I suspect Little Jack took the rifle so I wouldn't have it, but as for what any of this means, I have no earthly idea. I get a feeling like my dream will be different tonight.

I'll write again soon, Jim, but God only knows if you're ever getting these letters. I still have to tell you about Arthur and his time machine, which is in its way just as strange as any of this business with the uncles.