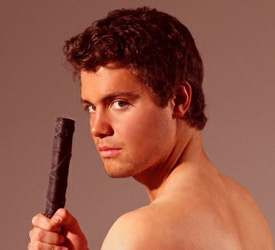 I'm Levi Johnston and I'm reporting for duty. So long as it's like 3-4 hours per day and does not test for most drugs.So what up, shitheads?

My job as deputy energy secretary is boring as fuck so I put in my two weeks and then that afternoon stole the network printer and sold it to a massage parlor for warming oil and one of those white noise machines. It's called barter system, bitches, and it's what made this country great. It's how healthcare used to work before Obamacare. You would go to a doctor and be like "my wife has bone cancer and needs radiation therapy" and the doctor would be like "okay go to the bank and give the bank ten chickens and all of your land and your house and your income for the forseeable future and you just bartered for 3 radiation treatments."

So even those shit was gay (no offense) at the energy department, I am all caught up on Gotham and I still ready as fuck to Make America Great Again.

I have been hearing all sorts of rumors of intrigues going on around Washington DC. Number one is Mike Pence might be an American Girl Doll that somebody shaved the hair off of. That dude gives me the creeps. He carries around a briefcase that is just a list of women who have had abortions and if you go into his office it is covered in pictures of kitty cats hanging from tree branches. They don't even say "hang in there" it is just cats clinging for life to tree branches. And I don't mean like he has five or ten of those pictures, I mean my man has thousands of them overlapping all over the walls and even the top of his desk is just more of those pictures with a big glass top over them. And he has a computer on his desk but it's always turned off and you go in there and he is just reading that list out of his briefcase. 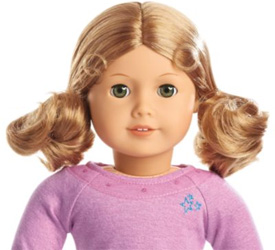 Believe it or not Mike Pence is not the creepiest fucker in DC that has to be Patrick Lahey who wears the Batman Suit all the time and it STINKS like a rodeo clown.So I am not looking for a job with Pence. And I don't want to work with Steve Bannon because I took all his Phenobarbital and used it to make some Breitbart Nyquils which is what you call it when you mix barbiturates with Squirt. Nobody likes Squirt but it is the only soda that will cover the taste of the amount of Phenobarbital it takes to get that look while you're sitting there on the couch like you're a confederate ghost from the civil war and somebody is trying to explain the TV show Martin to you. Bannon told me if he catches me around his stash again he is going to sell my balls to the NKVD. I don't know what that is, maybe the close out store Bannon shops where they sell suit jackets recovered by grave robbers.

Nikki Haley at the UN won't give me a job because I was at a department of energy meeting and she caught me drawing a picture of her as an anime with huge boobs and when she yelled at me I was like "wow you latinas sure have a spicy temper" which it turns out according to the workplace racism brochures left by the obama administration is something called "double racism." That's the second best racism behind triple racism which is when you mistake one race for another race and trick them into wearing a Halloween costume mocking their actual race.

Anyway, I didn't get in any actual trouble for that, because those racism manuals are now banned because it turns out they're reverse racist against whites which are now a minority according to department of homeland security. But Nikki Haley won't give me back my doujins so I ain't working with that broad.

I do have some real strengths to my resume. So if you know of any of the like 600 cabinet positions still not filled or the 50,000 jobs that are about to get purged for possible leaks, I have a strong resume:

Also, before I go, I just have to say: FREE MILO.

When like a 10 year old really is coming on strong or something, and maybe you huffed oven cleaner, I mean mistakes are made sometimes is all. And I mean he didn't say single digits. You get into single digits and you are sick as fuck. He did not say 9 year olds.

So take it easy on Milo is what I'm saying. Also up until 2013 age of consent in Saudi Arabia was whatever you wanted and are you going to sit there and condemn Saudi Arabia, our strongest ally?