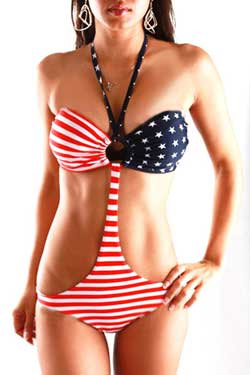 I'm as patriotic as the next guy, but maybe I don't want to be reminded of the Constitution right now, baby.Day Six - I run through the protocols for the latest prototype with T'Pol. She readily accepts that she will have to strip down to her underwear and is even less surprised when I tell her I will be holotaping everything. She does arch one of her expertly plucked eyebrows when I introduce her to the other person I have invited to the test.

"Georgia," the stripper extends a hand full of press-on nails to T'Pol.

The Vulcan shakes it delicately. This might not work.

The stripper snorts with laughter.

"Has she been fully briefed on the procedure?" T'Pol asks.

I nod the affirmative and direct the pair towards the already inflated Gelatinized Grapple Pod. Georgia eyes the inflatable arena filled with cherry dessert and then looks over at T'Pol.

"I've never done a show with an alien before," Georgia takes her gum out and sticks it to one of the bulkheads in the prototype. "You ready, sugar?"

My worries dissipate once the pair begins grappling in the pool full of Jell-O. T'Pol seems to have some sort of martial arts training, but Georgia has years of various grease-related wrestling under her thong and she proves to be a formidable opponent. My pre-match coaching pays off, as Georgia seizes any opportunity to tear at T'Pol's undergarments.

Less than a minute into the match and the pair are completely nude. It is everything I had hoped and more. They go at it for a good eight or nine minutes, their dreamy glistening bodies heaving and lunging around the pool magically, like a couple of greased unicorns.

It's unfortunate how ugly Georgia is when contrasted with T'Pol. I guess every stripper at Hussy's can't be a Vulcan sex goddess. Like they say, you've just got to break a few lemons to make lemonade, and this is the lemonade of home movie legend.

"My back is starting to hurt," Georgia complains.

I call an end to the wrestling. I could have let the tape roll for days, but all good things must come to an end and I'm one more scissor leg-lock away from an aneurysm.

"That seemed wildly inefficient," I can't tear my eyes away from T'Pol as she towels her body. "What does the data look like?"

I stare a bit too long and then remember I was supposed to be recording "data streams" during the test. I slap the mouse on the computer and the screensaver shuts off, replaced with a spreadsheet carefully tailored to demonstrate a failure. 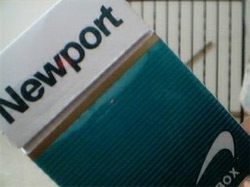 I don't know about Vulcans, but strippers love menthols."Ah," I click the mouse a couple times for show, "looks okay. Better than last time, but I think we still need major changes."

"You had better wrap those changes up," T'Pol warns in that lovable ice-bitch way of hers that just makes me want to Hrrrnk all over again. "The contamination chamber must be ready to commence installation in ten days."

"That is acceptable," T'Pol agrees with a sensuous lack of emotion.

"Can I get paid?" Georgia butts in and sends T'Pol packing.

Georgia drags a Newport from the pack in her purse and lights up.

"Alright," she says, the cigarette pinched between her lips, "but that's extra."