Anime at the Gates

ATTENCION: This is part 6 of a thoroughly unpleasant series about an anime-loving fat guy and his roommate. To start from the beginning, click here, here, here, here, and here in that exact order.

Here we are, Jerry, my brother. Our humble apartment has turned into the Alamo. I am making my stand against all the injustice you represent. 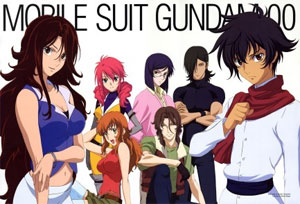 There's always time to appreciate the classics, Jerry.I imagine you might try to call in some favors. I imagine the SWAT team right outside, Jerry. They're all out there waiting to bust down the door, swarm in, knock me to the floor, and handcuff my hands behind my back. Then, Jerry, they'll drag me outside as I scream and fight. I'll be screaming your name, Jerry.

I'm getting ahead of myself, though. This is only day one of my stand.

And as I imagine how this course of action might end, Jerry, another thought washes over me. What animes would I take with me to prison? That is, if the SWAT team did get in here. So many choices... My heart has always held a special place for the works of Yoshiyuki Tomino. Mobile Suit Gundam in particular combined complex intellectual themes with great action and drama. However, I have been known to enjoy the romantic stylings of Sakurako Gokurakuin, whose celebrated Sekirei manga was adapted into an excellent anime, though I must admit Marina Inoue's voice acting talents never resonated with me. 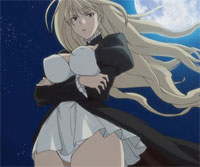 And lastly, hmm, how to decide such an important thing... Do I go with the classics or something contemporary? Wait, I digress. Let's get back to the point, Jerry.

Of course getting in won't be that simple, Jerry. The doors are barricaded. You always underestimated my intellect, Jerry, and that will be your undoing. I have fortified each door behind a mass of my most precious possession: anime. And Jerry, over the 29 years of my life, I have accumulated a great multitude of anime. Nobody is getting through those two doors without a bulldozer. Not you, not your dad, and not even the police. No one, Jerry.

I took the liberty of purchasing an adequate supply of sustenance to hold me over. Hot pockets, instant mac, corndogs, and enough Jimmy Dean sausage to feed an army. I'm in this for the long haul, Jerry. It's not enough to simply evict you, Jerry, because I know you can't stay away from me. You're practically obsessed. Instead I have to take these drastic measures to prevent you from even entering our apartment.

You may ask yourself how this all began, Jerry. That is a fair question, as you seem utterly incapable of recognizing your own wrongdoings. WHERE DO I BEGIN, JERRY? How about when you and your friends captured me in that net in the front yard? It was dumb enough to capture me in a net, but to suspend me from a tree for several hours while a lawn sprinkler kept me constantly wet? Pathetic, Jerry. You're lucky I suffered a panic attack and blacked out before I could rip the net open and beat you senseless.