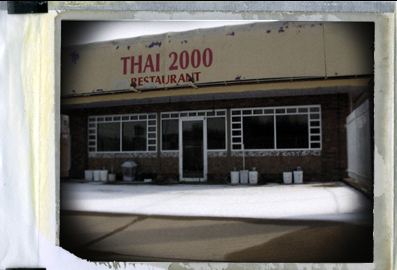 *The following has been translated from the original Thai manuscript.

When we named our restaurant Thai 2000 back in 1983, we realized a day of reckoning awaited us. We were the eating-house of the future – even that dire letter of censure we received from the health department admitted we “serve foods well before their time” – but we knew when that future became the present, we would be permanently coffin-trapped in the past. Oh, horrible progress! So it was written in the scrolls, and so it has already begun to transpire. I will now record the signs, so that others might pass down our myth.

August 15, 1999
I tried to make a brown-rice dish. A plump hen mysteriously waddled into the kitchen, only to commit suicide by jumping into the pot. Seven chickens mimicked its daring, marching without dissatisfaction into the scalding cauldron. These chickens appeared in the evening sky. I looked at them through our ceiling of corrosion. They are immortal. But I fear “Brown Rice w/ Hen and Chicken” will not last eternally as a menu item.

September 3, 1999
A customer complained that his fortune cookie read “The end is nigh!” The reverse side of the lottery pastry proclaimed “Your Unlucky number is 2000!” Another protested her dining fate because her cookie contained the message “Your food is a poison.” This news was distressing to us, especially because we do not stock or distribute fortune cookies. 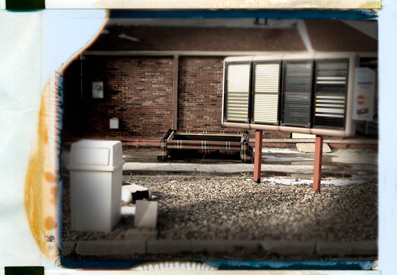 October 12, 1999
As I prepared a noodle dish, the steam rising above the pot assumed the form of a skull, which laughed before dissipating into mist. I rushed to ask my fellow chef to collaborate my tale, but he was unable to do so, having become some sort of half-monkey, half-bird.

November 16,1999
A crocodile has started circling our restaurant. I do not understand his demands. He refuses all our food offerings. Sometimes he just lounges idly in the drive-thru lane. 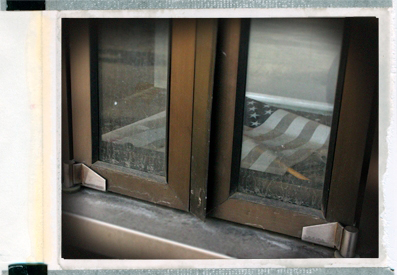 November 20, 1999
People must never forget Thai 2000! To assist remembrance, we hand out small flags with drive-thru orders. Our only customer today was the crocodile. We placed the flag into his mouth, and he held it with nobility. Perhaps he is not such a bad omen after all.

December 5, 1999
The decorative paper peeled itself off the wall, revealing the shape of a dragon creature. This seemed like a momentous incident, until an actual dragon creature burst through the outline hours later. The dragon immediately started following the crocodile’s lead. The half-monkey, half-bird joined this deranged parade during his lunch and smoking breaks. 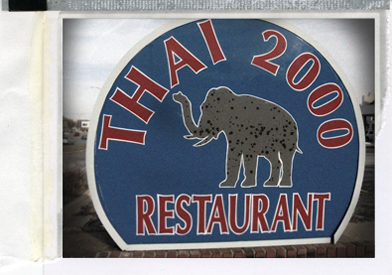 December 22, 1999
The crocodile has developed affections for the elephant mascot on our sign. He has licked it so frequently that it’s developing rust spots. I would much prefer it if he would reserve his tongue-baths for the real elephant that recently started living in our rear parking lot.

December 31, 1999
My co-workers have all become hybrid animals, all half-snake, half-bird-this and half-peacock, half-tiger-that. I consider myself fortunate to have only sprouted a tail, even though it operates independently of my control and constantly endeavors to place me in an embarrassing light. I do not understand the health department’s lack of interest in our monstrous working conditions. And, for that matter, I wonder about the scarce objections from neighboring businesses. Perhaps they realize Thai 2000 will disappear soon enough.

I hope people will remember Thai 2000 for what it was – the first place in the Midwest to serve drive-thru portions of Yellow Curry Tofu and Wok-Tossed Vegetables – and not what it’s become, a decomposing corpse-building plagued with strange magic. If you scan the heavens tomorrow (or whenever you might find this journal) and see a constellation that resembles a noodle bowl, know that Thai 2000 lives on in the stars. 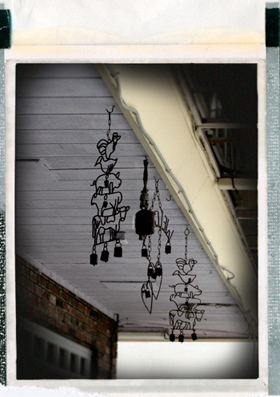