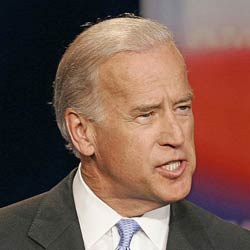 On behalf of myself and the entire Obama Administration, I want to offer my sincere apologies for the email sent from my address yesterday. That was not me writing those words, and I strongly condemn what they said.

It turns out the movie "Johnny Mnemonic" was right on the money: Cyberspace really is full of shady characters. I made the mistake of trusting a hacker I met in alt.tv.x-files, a usenet club for X-Files fans. I thought this son of a gun would be sending me some UFO documents, but instead he tricked me so he could assault the American public with spoilers and disturbing animations of spinning, cigarette-smoking skulls.

What he did violated both my trust and Internet etiquette -- or "Internet netiquette" as it's called -- and insulted the intelligence of millions of Americans. I am deeply embarrassed by this incident, and for the countless episodes of X-Files that may have been ruined.

My own aids were quick to notice the email and protect me from it, so I was spared from the brunt of the spoilers. I can only hope his insensitive words do not compromise your enjoyment of the X-Files in any way, assuming you have many episodes left to watch, as I do.

I also want to apologize for playing fast and loose with plot details myself. My disclosure of key episode particulars can be labeled a crime of passion. In my enthusiasm for the X-Files, I made some careless remarks about some of my favorite story elements from the show, not thinking about all the folks who aren't as up to speed.

You know, even the best intentioned of words can have consequences. My spirited discussion of "The Erlenmeyer Flask" and the enormous questions raised about the alien conspiracy and the involvement of the Syndicate went too far, and ruined the outcome for Duane Hein of Fort Wayne, Indiana. Duane is a single dad working two jobs to support his family, and he had no idea that a recurring character would meet his doom. He started watching just recently, and his responsibilities as a father often get in the way of enjoying a cold one and catching up with his new favorite show.

You can rest assured I'll do a better job holding my tongue in the future. You can count on me for two things: To always keep my word, and to have a Kraft Single tucked away in my wallet in case I need to turn a hamburger into a cheeseburger.

This email forgery incident serves as an important object lesson on why we need an official form of Internet ID, but, more importantly, it speaks to the tremendous importance of strict anti-spoiler legislation. I'm working hard to persuade the president to take up the fight. Barack and I may disagree on the First Amendment implications of fighting spoilers, but I can assure you we both value the right of every American to watch a show, read a book, or see a movie without having the ending spoiled for them in advance.

During the 2008 elections, I watched you and millions of other Americans, young and old, rich and poor, come together across disparate backgrounds and beliefs for a common good. You fought tirelessly and you made history. I'm asking you to help me make history again.

Working together, we can make sure that people like Susanne Burk, a homemaker from Montgomery, Alabama, never has to suffer the indignity of having her favorite shows ruined before she even gets the chance to watch them.

I know firsthand how painful spoilers can be from my encounter with Jim Doyle of Altoona, Pennsylvania. Jim jumped right into the plot of the X-Files feature film "Fight the Future" while I was in the middle of telling him the story of how I powered through three episodes of season 1 the night before. Jim might not have meant me harm, but I'm going to be biting my lip when I watch it, knowing that any minute Scully is going to get stung by some alien bee instead of being surprised by it when it happens.

If I learned anything from this experience, it's to trust no one when it comes to important things like email passwords. According to Mark D'Arensbourg, one of our dedicated interns, you should change your password once a week and make sure it has both letters and numbers.

That's great advice, Mark! But I'd add this piece of wisdom: Don't share it with anybody, even if they tell you they have classified information revealing the existence of extraterrestrials.

Thank you -- and keep watching the skies.