Chili's Grill & Bar is about establishing a familiar and pleasant place for communities small and large to gather and enjoy good eats. We don't see any reason why we should allow thermonuclear apocalypse to disrupt this function.

This study was undertaken in the winter of 2009/2010 and was intended to assess the preparedness of Chili's franchises to remain operational in the event of a large scale nuclear attack on the United States. Based on this assessment we have developed recommendations to ensure the continuity of fajitas in the event of such an attack.

In the event of a massive attack the majority of Chili's franchises are operated within the fallout zones projected by most experts. 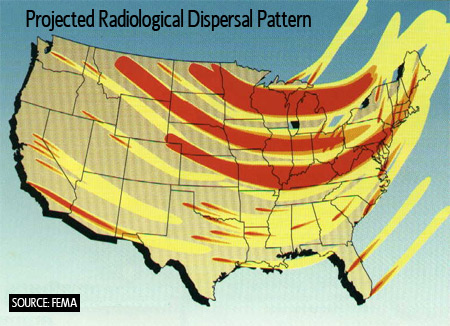 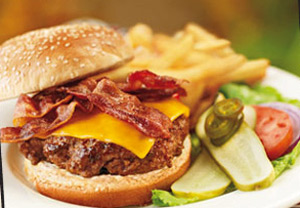 Chili's maintains 11 distribution centers and contracts supplies from 17 third-party corporations. Fresh produce is acquired on the restaurant supply market and is subject to regional availability. Pre-pack meals are semi-perishable and rely on the heavy use of refrigeration. Shelf-stable goods are barely used and long-term supply planning is almost nonexistent.

Distribution centers are just as vulnerable to attack as the individual restaurants and no measures have been undertaken to ensure the continuity of supply in the event of a nuclear strike.

Chili's must not fail when tested. As the irradiated survivors stagger from their shelters and look up at the red skies we cannot fail to provide them with our Jalapeno Smokehouse Bacon Burger. The needs of a nation on the brink of dissolution will be the patriotic duty of all Chili's employees.

Distribution Exposure - Distribution centers are located within attack zones and fallout zones. If these facilities are neutralized in first and second wave strikes or time on target MIRV attacks the entire network of Chili's restaurants will collapse. An excellent example of this extreme exposure to attack can be found in our Grand Forks Salsa Depot. 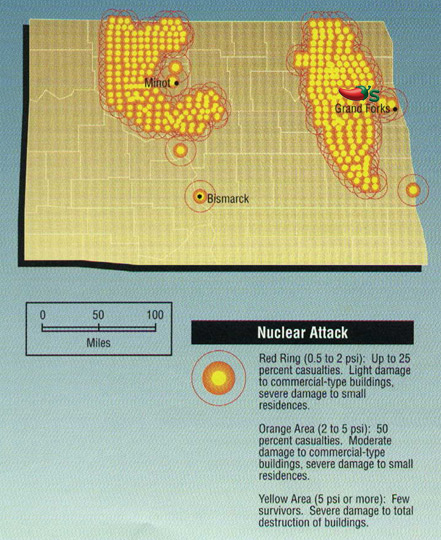 As you can see from the FEMA projection the Grand Forks depot is located within what is called a "dense pack zone." In these areas large numbers of launch silos are arrayed to increase the odds of survivability in successive attacks by creating an airborne debris shield. Because our distribution center is not hardened in any way it is essentially vulnerable to dozens of separate nuclear attacks. A single airburst will destroy this facility.

Supply Chain Exposure - Chili's is heavily reliant upon the Interstate system and third party trucking firms to maintain operational supply levels. As referenced, no facility maintains stock for over 48 hours on ALL menu items. In the event on an atomic detonation most trucks will be made neutralized by electromagnetic pulse. Those with Faraday cages or mechanical operation might remain operational, but they are undefended and will be easy prey for the roaming gangs of looters that will inevitably appear in the aftermath of such a large scale catastrophe. Fuel will also be a serious concern. Enterprising truckers may be able to trade or loot fuel for their truck, but this will soon be exhausted and any deliveries may be a one-time arrival.

Beware Panera - Restaurants sharing a plaza with a Panera Bread must be surrendered immediately to avoid direct conflict with Panerians. Their crazed bread hands and Panini maneuvers will make short work of even armed Chili's staffers. Better to let them have our facilities and return when they have inevitably turned on one another in a fight for Panera dominance.