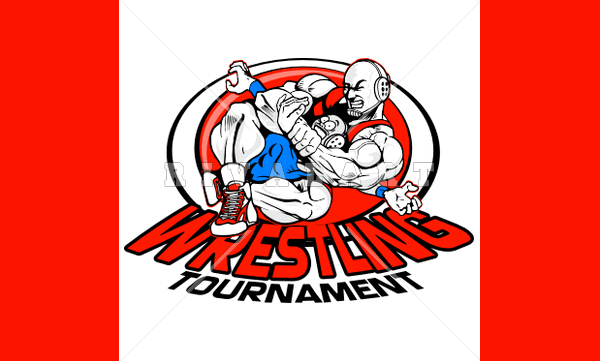 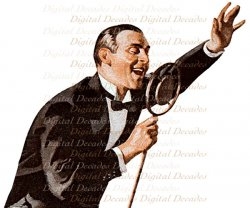 This is Arm Barr on behalf of Staten Island's finest wrestling promotion, The Clip Art Wrestling League! And I'm inviting you to a night of medium to high flying thrills at THE INTERBOROUGH BRAWL-A-THON II: THIS TIME, IT'S PROFESSIONAL! Here's a look at SOME of the talent who'll be on the card: 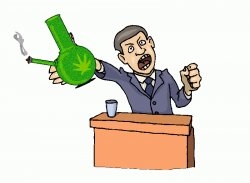 He's quite mean, but loves that green, it's Senator Bongrip! As the senior senator from Utah, he wants to legalize weed...but only for himself! That way, everyone will have to go to his middlingly entertaining parties! Ahahahahahaha. His finisher is The Vaporizer! It's pronounced V-A-P-E, though, so make sure to listen for that slight difference in pronunciation! That's where the comedy is! 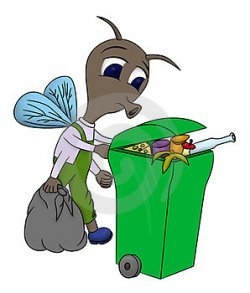 It's not dumpster diving if you went to college! Take in the the idealistic stench of...The Freegan! Our society throws away so much perfectly good stuff, and the best of it can usually be found beneath the wetter trash! That's Freegan's time to shine, folks. His finisher? The Prepackaged Piledriver, where he dumps you face first onto some prepackaged sushi rolls he found in a Shop Rite dumpster! 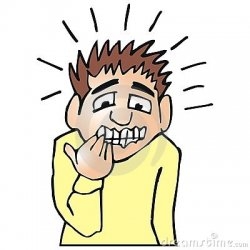 A lot of kids have anxiety these days, and this is a wrestler just for them! His name's Nervous Purvis, and his two biggest fears are wrestling rings and his own giant muscles. He's also scared of the corners of the wrestling ring because that's where he says "the evil wrestling ring is most powerful." Watch out for his finisher, The No-Show, where he gets so nervous he slowly walks out of the ring without making a scene!

This next guy is very, very disappointed in you. Meet Dad. He'll miss your big soccer game, but not your face...with punches! All your successes are just background noise for...DAD! And God forbid you show any emotion in front of him, or you'll feel the back of his hand faster than he fell to his knees begging not to be fired so he could keep his family from going hungry. A complex man, you'll never quite know how to feel...about DAD! 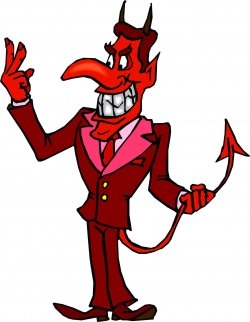 What's worse than Devil's lawyer? The smaller devil on that lawyers shoulder! A.k.a. The Devil's Advocate's Devil! It's a little confusing, but not really. He often serves other wrestlers with "cease and desist" notices barring them from appearing on that night's program, meaning he wins by default! Additionally, he plays "Devil's Advocate" on a bunch of weird political stuff like torture, and it always brings down the mood. This guy sucks!

He's still a conservative, but he's not sure why...meet The Lapsed Catholic! Catholicism is a lifelong commitment that's also a huge downer. You have to hang out with old people every Sunday and think about how sad it was that some guy's son died. On the other hand, what if it's all true and you die and go to hell, or something? You'll feel pretty dumb about not paying attention to this weird, old book, huh?