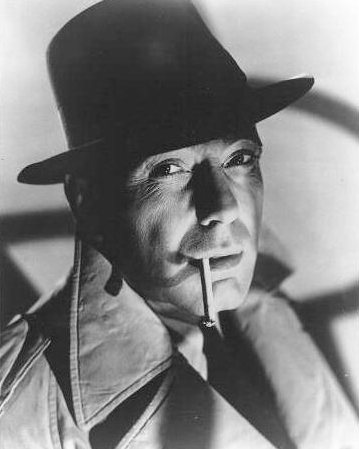 "That's me."It was Tuesday. The kind of Tuesday where the air is ripe with Febreze and sun-dried tomatoes. Rain drizzled down my office window like corn syrup passing through an hourglass. My secretary didn't take a single call that day, so I proceeded to nap with my feet up on the desk like some governor who'd just canned his last bushel of summer peaches. Then she walked in. Hair like a speedboat, lips like two fat women fighting over a surfboard, and a body built by Benjamin Franklin himself. Said her name was Mary, but I couldn't see her as much more than a minor-league softball trophy in a tight black dress.

"Have a seat," I said, smiling, "You look like the cat that forwarded its mail to the wrong address." "What?" she replied. "Spill the canned beets, dollhouse." She sat herself down like a partridge and gave me the skinny: "I'm wanted for murder." She swallowed, hard. "But I didn't do it!" I scoffed. "Listen, Ziggy. I've been served the same dish at every Denny's from coast to coast, and this one tastes like a grilled cheese sandwich stuffed with cigarette butts." She crossed her arms and scowled at me. "Just what the hell are you talking about? You're not making any damn sense," she said, eyeing my cigar box like she was fit to lead the parade out of Oakland. My eyes met hers. "You'll have to excuse me," I said, "I just had a stroke."