Peace Out from Rod! 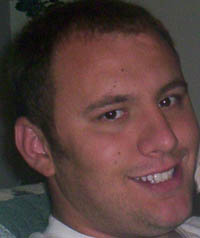 Thiisss is how we dooo itttt (this is how we do it!)
It’s Tuesday night
and the sales team’s right!
the party’s up on the SALES side!

Didn't wanna to do the whole big sappy goodbye thing so I thought I'd just pull off the band-aid quick and let all you dudes know at once: today's my last day here. The Rodster is leaving for greener pastures... just got a an offer from Zwangle, little web 2.0 startup that's been making some waves lately, and they wanna pay me some maaaaaaad caaaaaash-- who am I to say I'm not worth it? Right? We're talking like 3-5x what I'm pulling down here, but no big deal-- Rodster's not in it for the money, he's in it for the GLORY!

So I just wanted to leave it with some personal goodbyes and tell all you guys my fondest memories of working here. I was thinking of doing a scrapbook thing but then I decided that was wild homo and freaking Thunt would never let me hear the end of it, so I'm just gonna write the shit out: 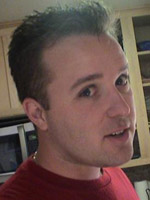 Jeremy "BIIIIIIRDDDCAAAASSTLE!!" Birdcastle - Dude! Birdcastle, I am going to miss the shit out of you! You were the glue that held DELTA FORCE together, man. OK let me set the scene for you guys: New York effing City, August 2007, boy's night out at an English pub with the East Coast sales Wreeeccckiing Creeeewww, right? We're having some drinks, having some laughs, talking some shit-- and Birdcastle, he's pretty new at that point, and he's like "guys, I think I should go home and get some sleep, got a big pitch tomorrow," and I'm like "Birdcastle, sounds like you're a pretty big... bitch... tonight!" Birdcastle goes beet red and everyone's yelling "Birdcastle! Birdcastle! Birdcastle!" and then these English guys there watching some rugby thing on TV start joining in, going "Birdcastle! Birdcastle!" and one of them comes over and pours a pint of Guinness on Birdcastle's head. The moral of the story is we lost the sale but I went back the next year and now they have a drink called the Birdcastle. Dude, Birdcastle, you got a drink named after you cause I called you a bitch! Birdcastle rules! Love ya, Birdcastle. I found out later your last name is Branscombe or something, no idea where I got "Birdcastle" from. 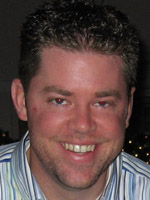 Tim "Thunt" Hunt - Timmy! THUNT! Dog, you and me were a true Dynamic Duo when we got our shit popping off. All you people reading this, do you realize how hardcore? Here's one you probably never heard: when we closed the Sony thing for, I don't know, something like $4 million, I was like, "dude, Thunt, when you email out this contract, you gotta hit send with your dick." And Thunt is like "hell yeah, then I can tell the ladies my dick is worth $4 million." So we get the email all set up, and Timmy unbuttons his business and whips out Thunt Jr. and tries to hit send, but the little mothereffer is too squishy! So I'm like "Yo, Tim, you gotta chub that thing up a little or you'll never be able to press that button," and he's like "not with you standing there, bro! You gotta give me something to work with over here!" So I'm standing there listing off all the shit I'd like to do to Raven Simone, trying to get his shit chubbed up, and then that chick Bridget walks up and Thunt's got this big old halfsy going, pressing that thing on the enter key, and I'm in the middle of going "and then I'd bend her over a goddamn hogshead of creamed corn" and Bridget was like, almost crying and left like two weeks later with like a three million dollar settlement... still made one million pure profit off that dick of yours... THUNT!!! 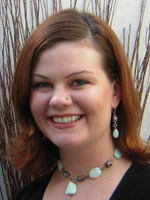 Molly "Good Golly Miss Molly" Martin - We had some good times and some GREAT times, and some times I can’t talk about here. Best of all, thanks for always being quick to run to the lounge to pick me up a Delta Cobra (Diet Coke!) when the Hot Rod needed a little rush of ‘ffeine to get through a ballbusting conf call with some agency mofo or a recalcitrant cli’. MOLLY HATCHET! Oh snap! I bet you didn't know we called you that, but we did-- no offense! It's not an insult, it's just like BAM! There's Molly Hatchet with a fresh Delta Cobra right when I need that shit most. Or maybe even a Delta Python (Doctor Pep, baby!)

Oh, and Mollster-- look for a more “personal” going-away message from me later, if you know what I mean. 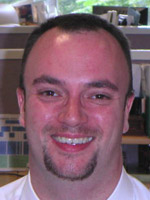 Jack “Papa Bear” Harris - I’m gonna miss you most of all, bro-- you were the bossest boss a bro could ever want, for like a million reasons, but this is the defining one: I remember that time that little squirrelly dude from the product team was getting in your grill during the exec meeting, going “Jack, you can’t just sell clients things that don’t exist,” and you were like “that’s funny cause I just sold them YOUR BALLS,” and then later when you walked past him you laid down the sickest wetball on him I’ve ever seen-- and dude, I went to college UCLA where the wetball is an art-- but this was some next-level shit. There was like an audible slap when the hand connected, and he pretended like he was just gonna be able to walk it off but I saw him slump into the men’s room like a little homo. So, in the same day, the sickest burn ever laid down, PLUS the most barbaric wetball I’ve ever seen performed on a human being. I bet the dude still has a handprint on his sackadilly, dude. His kids are probably gonna be born with handprints upside their faces from that tremendo fantastico wetball. I want to see some slow-mo video of that wetball, because dollars to donuts I bet your ass that you got some forward upliftage on that one. Keep it real P-bear!

Adidas, amoebas! Keep in touch-- hit me up later for my PERSONAL cell number. A lot of people would pay good money for that number, so no scalping, mofos! Peace!