Check this shit out... 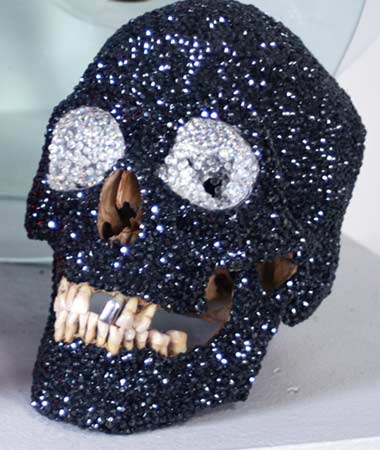 Spooky clavo shit 4 real 4 u is proud to present you a real ass guards skull from bible times or some shit. We got this crazy ass shit from T-Bone in H-Block who got it from some diaper sniper he did on his tier. He told us, and we aint got no reason to doubt T-Bone, that this shit once belonged to Lil' Zendrach, HNI of the Esoteric Cosa Nostra.

Esoteric Cosa Nostra was some bad ass niggas up in K-Block with which no nigga ever before would want to fuck. This Zendrach nigga so hardcore he never even got no issue from the company. He was motherfucking BORN in this shit from some bitch in split tail X-block and a jackal. Lil Zendrach came out stabbin' and callin' niggas fools and the ninja turtles just turned they ass around and left him. What is a nigga gonna do outside anyway?

Lil' Zendrach on his first day as a baby made ten niggas his bitch and did a guard who looked him in his third eye. I don't even know. T-Bone said some other crazy shit about salt or some shit and dead things that live, but it was creepy as hell in H-Block.

You been up in there?

Shiiiiiit. Powers all out and shit, screams coming out of vents. Niggas writing up on the walls in blood. Ninja turtles drive around in little armored cars down on the bottom tier, ain't never come out except to pick up bodies.

2 be true 2 u spooky clavo shit is findin this creepy ass skull 2 clavo even for our shelf. Just take this shit off our hand.