Holla At: moneymaker_d_ta_tha_jizza @ D Block on 2
Askin: 1-2 packs outside brand MENTHOL none of that cell roasty toasted oregano and toilet paper shit
Niggas word: IS BOND (8 in last 3 months)

Moneymaker don johnson from D-dubs in this bitch. Detroit Ladyfingers turned up in the sheet dryer in laundro with his neck bent all crazy and half his skin missing. Don't ask, don't fucking tell, right?

Upside of Detroit Ladyfingers gettin sent down to the stew is Bam-Bam Braineater done fucking took all his shit before the ninja turtles could come in and take no effects. That means his shit got parted out and sold in small lots to resource-havin niggas like this nigga you are readin on now. 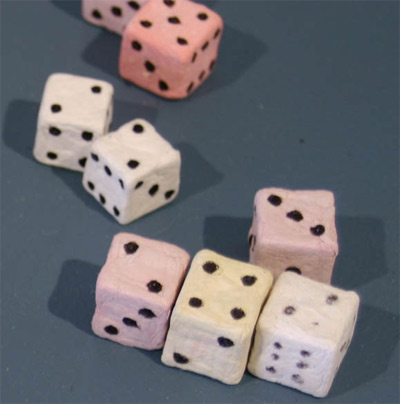 One shit was a box of dice I gave up like ten stabs on my cell wife Pretty Ricky to get, turned out to be like 500 dice Detroit bought from some nigga I remember he claim came in as smoke from a vent and turned into a bird man or some shit.

He said that bird nigga had a face was hard to look at and promised him he said "Detroit, I will give a nigga some dice for a game but you gotta promise me when the time comes them dice will roll for me." Old Detroit Ladyfingers said yea and that bird nigga just spit out a bunch of dice all perfect formed and shit. And shit what happen to a nigga, he rolls wrong too much on games with Cherokee Nation niggas and Chief Cut a Bitch done cut a motherfucking bitch. Took half his skin for the great crow or some shit and put Detroit Ladyfinger's dumb ass in a dryer.

I tried to tell a nigga just to quit rolling them dice the smoke bird man gave him, but he was sure he would keep on winning. Well now he is down in the stew gettin cooked up and here I am with all a niggas dice. My advice to you is if a smoke/bird man told you they is cursed you just don't buy them, but ain't no bird man been around for at least six weeks so I wouldn't worry none.