When is it Okay for Black People to Use the Word "Cracker"?

It's never okay to use "cracker." 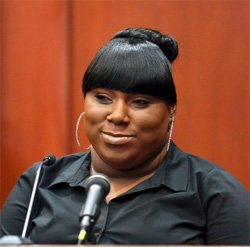 On Wednesday, witness Rachel Jeantel told jurors in the Trayvon Martin case that the slain teen said he was being followed by "a creepy-ass cracker" just before being killed by George Zimmerman. When pressed by Zimmerman's attorney about whether or not the term "cracker" was racist, Jeantel said it was not.

I'm here to let her know that it is.

I still remember the first time I was called "cracker." I was with a couple friends and I was walking out of the vintage board game store, Milton's Boardwalk, with a stack of nostalgia games I had bought for game night at Brewster's IPA lounge. Operation has this really tall box and I couldn't really see around it too well. I walked right into something. Stratego pieces scattered all over the sidewalk.

That was when I heard, in this voice that still sends chills down my spine, "Watch where you're going, cracker!"

I realized I had just bumped into this little four-year-old African American kid and knocked him over. He was fine, but his dad seemed pretty pissed off. He glared at me so fiercely I couldn't come up with anything to say. I ended up apologizing to him and his son over and over, even though he was the one to verbally attack me. I barely wanted to play Settlers of Catan that night and my pour of Hopsalong Gold tasted especially bitter. That's just how it works when you are a victim of hate speech. 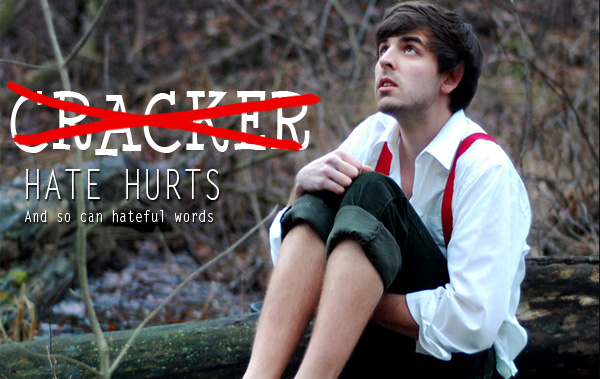 Using hate words empowers the person using them. They are, literally, words of domination. Hear them enough times and you'll convince yourself that you deserve them. You are a "cracker" or "whitey" or a "ghostface sheet man" or a "honky." Whether it's being wielded by the father of a kid you just knocked over, or the woman you just refused a loan to, or the grandmotherly black lady who just invited her "favorite cracker" over for lemon chess pie, the c-word is a vile weapon. Do you know how many people died hearing that word screamed at them? I'm guessing there is one somewhere.

Oh, sure, black people get to say when white people can use their word? Well, we get a word too. Ours is cracker. It's not as cool as your word, rappers aren't saying it nearly as much, but we hereby prohibit you from using the word cracker. And guess what? We have the means of enforcing those prohibitions.

Watch out the next time you're going to call up your "cracker friend," because if a police officer hears that he is within his right to release a k-9 unit on you and simultaneously open fire. After you are paralyzed from the neck down he can charge you with murdering a police officer because you forced him to shoot his own dog.

So, no, you can't call us crackers, and when you do you make us victims of hate crimes. And by "us" I mean white people and by "you" I mean the non-whites.

Unless you want to let us use the n-word. You know we really want to so maybe we could work out a trade. Until then, let's all watch the Trayvon Martin case and try to remember who the real victim is when a grown man shoots and kills an unarmed black teenager: white people.