An Update from Your Fictional Crimelord 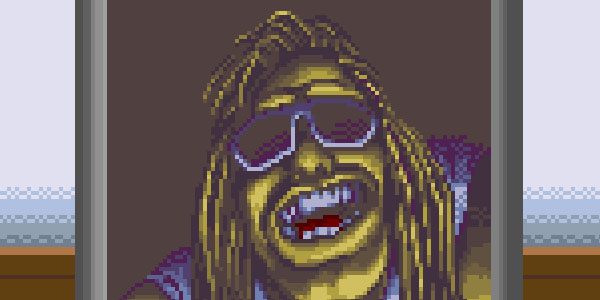 This has been a great year for the Neo Death Sting gang. While our sky crime numbers aren't going anywhere until we remove the logo from our blimp, street crimes have risen a healthy 22% thanks to the recent hijacking of a lead pipe supply truck on Route 14. Before I go on, I'd like to remind you guys that those lead pipes are made of lead, so please put on a pair of gloves for your own safety, and wash your hands vigorously if you plan on eating finger foods after shattering your victims' femurs. We all know poor Gongo hasn't been the same since he took home all of those cocktail weenies from our raid of the governor's ball. I really hope someone is reading this to him.

News on the drug front: as expected, our focus on obscure narcotics rather than obvious ones has made LAZR the prominent cause of social decay over the past year. No one knows what it looks like, no one knows how you take it, but we've made our message clear: it's 13% more powerful than heroin, and at only 96% of the cost. Of course, I hope none of you are selling this stuff outright; drug dealing just doesn't work like that. You gotta get the kids hooked through several months of freebies, then drop the net just as they wander out of rehab for the second or third time. That's when you start selling. And those three months before LAZR addiction turns them into lizard-brained monsters only hollow-point bullets can stop? Pure profit.

I'm also happy to announce our collection of mayor's daughters has increased by two, leaving the governments of Factory City and Industry Town with no choice but to meet our demands: make all crimes legal forever. And this time with an "except crimes against us" clause. Before you ask, yes, I've already recorded some pretty straightforward hostage videos the UPS guy will be picking up at 3:00 -- you might want to keep Gongo away from the door when that happens. I happen to like Greg, and that last brownshirt stole my King of Queens DVDs at least three times -- the good seasons. 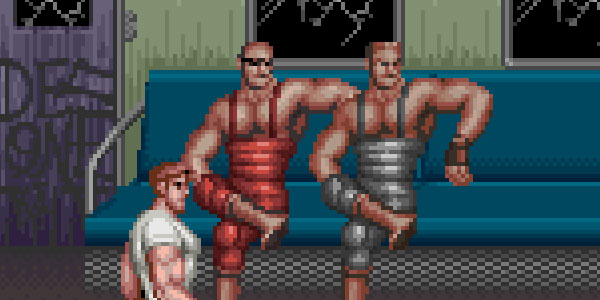 And hey, if some guys happen by to rescue these hostages, let's be a little smarter this time. Yes, there's nothing wrong with letting them hop onto the industrial elevator that leads to our crime base, just as there's nothing wrong with sending wave after wave of our men to bludgeon them to death. Except this time can we get someone to actually stop the thing before it gets the top? Heads are good for more than hideous flame tattoos obscured by scar tissue -- no offense, Salamander.

This month's new recruits: Viper, age 27, green mohawk, hot pink raincoat -- we're sure he'll go far. Gomorrah, age 35, multiple dog tattoos, no shirt to speak of at present -- nice to meet you. P. Badd, age 31, periwinkle leotard, constantly swinging a bolo -- could you actually stop swinging that bolo? We're trying to sell this place, and that's kind of hard to do with bolo scuffs all over the moulding. Thanks in advance. The realtor's been giving me hell about this.

Your associate Stabd will be holding several clinics this week. Drop by this Monday, and you'll learn how to catch the light on your switchblade from across a dank bar. Tuesday, you'll find Stabd in our basement obstacle course, where he'll throw flaming barrels at you until he doesn't want to anymore. Wednesday through Friday of next week, stop by the abandoned yoga studio for Stabd's intensive third-degree burn treatment course. Interested parties should bring a smock, a damp towel, and plenty of morphine.

Neo Death Stings, it warms my heart to see our warehouse districts, shipping yards, subways, and foundries full of our kind, and even though our uniforms range from rockabilly thug to leopard-print urban ninja, what unites us is our hearts. And how we all pitch in to clean up after Gongo, who we can all admit has seen better days. Remember, boys: never give up, unless someone personally destroys your car in front of you, piece-by-piece, with their bare hands. That kind of thing can haunt a guy. 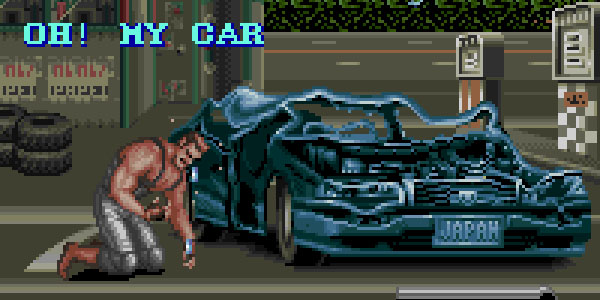