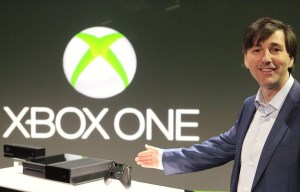 Included: Kinect, Windows multitasking, tv. Not included: Reason to purchase.There weren't enough surprises or Blinx The Time Sweeper sequels for the Xbox One reveal to be entertaining, and it wasn't John Carmack-y enough in its technical specificity to make up for the event's dryness. The announcement was little more than a few pieces of marketing jargon repeated again and again (with occasional breaks for extended ruminations on tv, social media, and sports) until an hour had gone by.

There was no attempt to demonstrate why any of the buzz words applied to the system, or what many of the terms meant. Even the name of the console went unexplained. For the record, I'm pretty sure it's called the Xbox One because it's a box that runs on DirectX.

One of the most repeated phrases of the event was "connected experience". Microsoft wants to push the console as the center of the living room, a concept that other systems have tried to cram down everyone's throats as hard as 3D despite being wanted by even fewer people. Their vision of the future involves you yelling at your video game system to change the channel on your tv, making arm motions to minimize the movie you're watching to make room for a Skype call, and actually using Bing. On your television. Instead of watching things on 100% of your tv and doing other things much more effectively on your phone or iPad when the mood strikes you.

The "connected experience" goes beyond that vision, however. Your Xbox One won't work unless a Kinect sensor is plugged in. The Kinect will never fully power off its microphone, so it's connected to your life in an exciting way. The console also won't work unless it connects to the internet every 24 hours, where it may or may not pass along the Kinect's data to Microsoft's advertising partners. That's a lot of connections!

We also got to hear about transistors. The last Xbox had 165,000,000 transistors, which sounds vaguely impressive, but the Xbox One has 5,000,000,000 transistors. This clearly means that the Xbox One is thirty times more powerful than the last system. Its games will be thirty times better. Eat the math, nerds. By harping on such a meaningless number, Microsoft hopes to wave away the fact that the PlayStation 4 is actually a more powerful system and the Xbox One has further hobbled itself by walling off a chunk of its capability for multitasking things like Twitter and fantasy sports leagues and BitCoin mining. 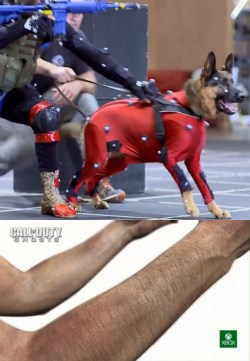 Behold the emotional future of connected transistor cloud entertainment!"Groundbreaking," said just about everyone that took the stage. As far as I can tell, the Xbox One is groundbreaking because it is new. Being a new thing also makes it the "future of interactive entertainment". Actually, there are other aspects of the system that might be considered groundbreaking, like the unprecedented privacy concerns it introduces with that always-on Kinect, and its innovative method of crushing used game sales which is so ahead of its time that it still hasn't been fully explained.

What about the "cloud"? There are all these computers out there on the internet, each with millions of transistors. Microsoft claims that they will offload computations from your games into the cloud to make them run better, as if the internet wouldn't be an unpredictable bottleneck, or it's somehow a good idea to develop games that need more resources than the local hardware can provide. Remember Sony's PS3 cell processor pitch about pulling resources from your toaster to make games run better with more polygons? Yeah. In reality, this is a terrible idea at best and a complete lie at worst. SimCity was broken as fuck and it didn't even attempt to compute anything important in the cloud. At most, things like your profile, achievements, and save games will be periodically backed up online.

The event featured a surprising amount of talk about "emotion". Sports men explained how the newest EA games are going to usher in a new era of interactive entertainment by featuring emotion, such as smiling when you kick a ball really hard. Call Of Duty has a very realistic dog and you become emotionally invested in him because he has a high res detailed tattoo in his ear and you have hairs on your arms.