My Fling with Criss Angel: Mindfreak 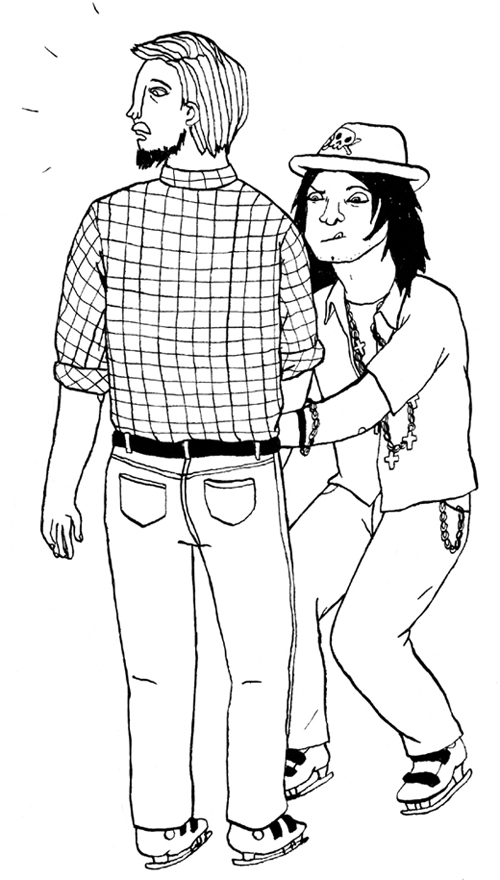 I ask Criss to take me ice skating. He agrees and comes by to pick me up after a few hours. The whole ride to the skating rink, he's talking about how he can do this trick where if he distracts someone in the right way and uses subtle movements, he can take off their belt without them even noticing, and I think it'll be a great trick to see. He talks a lot about behavioral psychology, Jungian archetypes and positive/negative feedback loops. Initially I am skeptical about what these things have to do with taking someone's belt off, but Criss assures me that his crew has done the research. He attempts the trick two times before the staff asks us to leave; both times he points directly behind the victim and says "check it out!" and immediately starts pawing at the belt buckle with both hands when they look away.

After we leave the skating rink, Criss and I have a long conversation in the car where he uses advanced reverse-psychology techniques to teach me about how it was his own decision to stop ice skating, and how he has convinced the staff to invite him to leave, employing a technique once developed by ancient monks. We go back to his house and he makes us both a drink using a big cauldron that he has instead of a kitchen. Well it's either a drink or a soup, I'm not sure. It has an acrid, earthy smell to it and it is the spiciest, mealiest thing I've ever tasted. 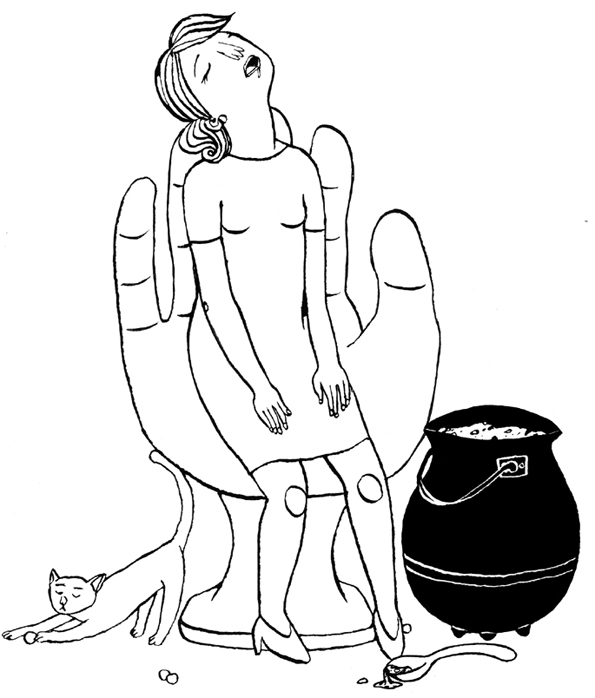 We move over to the living room. The only furniture is one of those plastic chairs shaped like a hand, and it is situated right in the middle of the floor. He gestures for me to sit down, and I do, as the drink has made me drowsy. He says he will give me a ride home after he takes care of some tax stuff in the kitchen. I do my best to fall asleep in the hand chair, and after half an hour of restless fidgeting and listening to Criss's frenzied chittering noises, I manage to doze off. I don't wake up until 4 a.m., when Criss comes in and admits he hasn't been doing his taxes.

Now I am holding hands with Criss Angel in a squat black sedan with a trunk full of superballs. He says it's the Mindfreak that will define our generation. We rocket down a desolate highway on the outskirts of Anaheim like a hot slug from a dirty pistol; each of us is drunk enough that we should both be dead. We pull up outside the courthouse with a total payload elasticity in the high thousands, and Criss pops the trunk. The bouncy balls spill out on the street, and the security guy walks over and says we have to pick up our shit. Without missing a beat I start throwing up out the car window.

Thanks to Ali Horn for the artwork; it owns. Check out her site if you would like to commission some illustrations, or if you need a tattoo design or black-metal logo, or if you just want to look at cool art!