The Awful Guide to Your Inevitable Walt Disney World Vacation 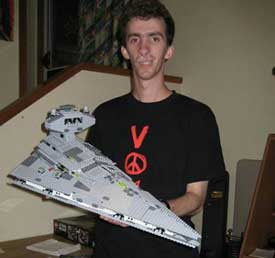 One day this is guy going to grow up and start a family. Haha I can't even say that with a straight face.The Something Awful demographic is largely composed of young, cynical nerds who know more about modding their Xbox so it can fry bacon than how to talk to a girl without wetting themselves. Our goons are distrusting of large corporations, play by their own rules, and powerlevel clerics while simultaneously defending a man's right to draw lolicon art.

But as time goes on our dear goons are growing up and are leaving some of those awful Internet qualities behind. Some of you will manage to sucker a woman into marrying you, having kids, and cause her father to take her out of his will after discovering what a slob she ended up settling for, leaving you with the inheritance consolation prize, your father-in-law's enlarged prostate.

Because mass media is more powerful than any parent could ever be, especially you, your child will someday nag you to take them on a Walt Disney World vacation and you'll say, "How the hell did you find out about that?" while clutching at your chest when you realize how much it's going to cost.

Or perhaps grandma will urge your wife to urge you to take your two-year-old, who most likely finds the dog food bowl infinitely more interesting than Cinderella's Castle, to Florida, so the whole family can pose for adorable pictures while standing next to a sex offender in a fursuit so they can put the best one on a Christmas card and send them to their friends who will promptly throw them in the garbage.

That's why I wrote this guide to your inevitable Walt Disney World Vacation. It's just one of those things you have to do in life, like passing a kidney stone. You don't want to go, you wish you didn't have to go, but if you don't drop three grand for an opportunity to visit the sweatiest, crowded-est, and fattest place on Earth, your family will hate you until they push you down a flight of stairs, cash in your life insurance policy, and take off to make those magical Disney memories they've always wanted with Daddy No. 2. 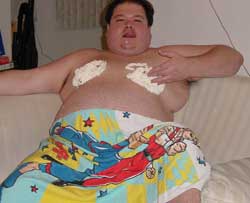 Getting ready for a trip to Walt Disney World.Planning a Walt Disney World vacation is quick and painless, for your wife and child that is. You on the other hand get to experience what it's like to have Mickey reach for your wallet with one hand and and spread your butt cheeks wide open with the other. In planning for your vacation a whole host of entities get to screw you, from the airline you end up flying on to Disney to grandma, who just wants a free trip out of the deal.

Expect to shell out about $1,600 for a 6-night/7-day Disney World vacation for a family of four according to Disney's web site. Of course, that doesn't include food, and is actually the going rate for the "Magical Utility Closet" package. If you want them to treat you like a human being, $2,500 is a more realistic figure.