An Open Letter to My Kickstarter Backers 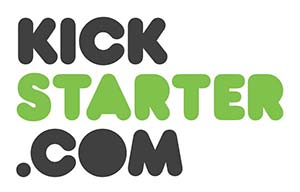 If you're reading this, you probably contributed to my Kickstarter campaign. First of all: thank you for your amazing support. I can't tell you how awesome it was to see others believing in me. Not only did we prove crowdfunding is the future by smashing past our funding goal, we proved original, thoughtful ideas win out over the same mindless tripe served up everywhere else.

Unfortunately, there's been one small setback: the project is now canceled. Long story short, I lost all the money in a rigged carnival game. All $76,452 of it. Before you get mad, please re-read this paragraph, specifically the part that says "rigged carnival game." Had it been an honest carnival game, I wouldn't have lost as much.

I know I promised you guys the moon and got everyone excited, but rest assured nobody is taking this betrayal harder than me. I keep replaying that carnival game in my head, wondering if I could have done things differently. And you know what? The game was definitely rigged, so even if I tried a better strategy, was sober, or I was the world's best ring tosser, it still wouldn't have mattered. The fix was in.

Some of you will want to point fingers or demand a refund, but let's face it: the money is gone. Maybe you expected me to be more dishonest, and out-cheat the carny. I'm insulted you would even expect me to defraud any institution, let alone a carnival. That's not what this Kickstarter was about, and certainly goes against the spirit of what we set out to accomplish. If that's what you expect from the Kickstarter projects you fund, you need to reevaluate your choices.

So again, I'm deeply, deeply sorry you won't be receiving the product you paid for. If you want to know why, you can ask the cheater running the ring toss game. He was very tall with a beard and long hair and he had a spider web tattoo on his arm and called everyone "boss." It goes without saying that if I really was his boss, I would have written him up.

If you're still expecting your backer prizes, those have also been canceled. I didn't get a chance to make any of those, because I was too busy playing a rigged carnival game. What little I did win from playing was some stuffed animals, and I never committed to giving out my own personal property as prizes. Let's not be so greedy here, people. 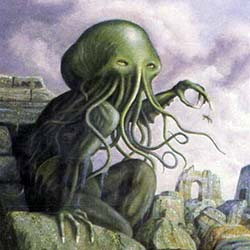 I share your sadness that this Kickstarter has come to an end. We both know there was definitely some spark of magic behind what I promised. When I typed out a bunch of words like geek, geek culture, nerd, Futurama, Zach Braff, steampunk, Cthulhu, memes, gamer girls, Sherlock fan art, zombies, Wil Wheaton, cosplay web comic and board game, it was clear I was onto something everyone wanted. And then when I included a video of me saying those same words in that exact same order, you rallied to the cause. You guys were throwing money at me faster than I could say more nerd things. If I'm being candid, I'm not sure what I was even saying, and figured it would all come together once the check cleared.

But then I was off to the carnival and before I could crystallize all those great ideas into one amazing product, that tall guy with the spider web tattoo was taking me for a ride, and not one of the fun ones that makes you stick to the wall because of all the really fast spinning.

To be honest, I'm kind of relieved it's all over. Losing that money was exhausting. I had to keep going back over the course of 3 days, each time spending 12 hours playing a demoralizing and unwinnable game. And worse, I had to keep arguing with the jerk running the rigged game to let me keep playing. Realistically, even if I won all the games, I would then have to somehow sell a lot of carnival prizes to cash in on the investment. I think that would have taken several months, delaying any work on the project.

There is one thing I could have done differently, but I don't agree with it. I don't think you will either. I could have gone to the carnival and just hired the ring toss guy to work for me on the project. But given his dishonesty and the fact he's working a rigged carnival game, I highly doubt he's qualified to help with such an ambitious Kickstarter project. I think this would have been a total misuse of funds, but again, it was an option I hadn't considered at the time.

I really am sorry for the way this thing ended. But I want you to know that things will be different with my newest Kickstarter. It's a documentary in which I find the carny who cheated me and win back all my money. I need your support to make this happen. Please consider donating.

Thank again for your understanding. You guys are the best backers!