Gooee Crick don run up with tears flood de whole of de bayou, M. Drake, on account of tragedies befelled our patriarch. Yaw'll might of heard through de transom what said Sing Pappy done gwon an' left our hearts achin' terrible. Yaw, he don bit de babineau. Got to bury him above de ground round these parts, put him in three buckets and hang 'em from a weepin' willow. Cry dem tears and let dem critters have a gnaw on his bones.

We got a camp set up for a brass band and nine more days of funerary parades and singin' and dancin' for de jubilation of life. Cookin' up a gumbo pot big as a truck bed an' jus' passin' out spoons when they hungy. I know yaw'll was accountin' on Sing Pappy to coach dem up foh dat clapback. I am sorrowful to say de mic ain't fixin' to be drop ennehtime soon. 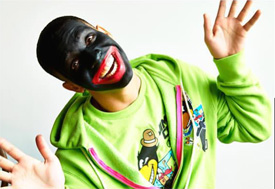 I done saw Pushy Man Tees snappin' like a cocodrie on dem twitters. Talkin' 'bout de bebe and de mawmaw an stickin' up a pitchure o' sneakin' face. Ain't nothin' wrong wid a man black his face up go faufiler. Yew gotta sneak up on dem chaouis throw a bag on' em and drown 'em in a crick. Stew you up some chaoui, maybe bus open a crawdaddy too. Ain't nothin wrong wid dat faufiler robbin' at all. Sneakin' face is jus' parta life.

Now wit Pappy gone I 'spose it felled on me to learn you up some curse singin' wid a little bit o' voodoo to put on yer enemies. Get a ghost on tha Pushy Man Tees. Give him night spooks and little gobleens to chaw up his rind.

I tell ya bout dem yankee.

Eugénie Robespierre she de one who keeps birds in bottles. Get dem in dere when dey little and de bones soften up for de neck and den you cork 'em up in de bottle and feed dem caramels. Den you got yawself a singin' lamp. You jus' put that up wheresever yaw'll like and de bird sing dat sweet song. Patent office in Grand Isle say bird lamp ain't legal and call in de yankees. De yankee law come down and break up all dem lamps. Ruin her whole life. Poor Genie got dem bottles broke. It's why a girl turned to givin' love on loan to folk passin' through de bayou. Three dimes get yew dat good hugs. Whole dollar make a dead man holler.

But de devil, oh, he break dem bottles and he break de soul. So ya put dat fear into Pushy Man Tees. You tell 'em, "I don' care 'bout bebes. I got hunned bebes grow up widdout a sussette. I turn on the spicket an' let dat hosepipe make mawmaws out de whole world. I ride de fan boat straight up de dock and splatter dem ain't give up a penny to make groceries. Why? Cuz I de devil hisself." 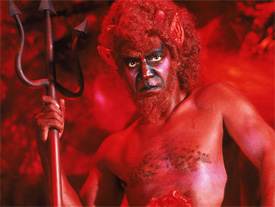 Then yew gwon and sing 'bout livin' as de devil.

"I sleep pon hot rocks and drank up blood. I got backways knees and a big ol' fork. I ain't got to bend over to go pickin' things up. I can play on a fiddle."

Then yew play that fiddle till smoke come up. If he still ain't afeared, that is when yew show him a skellybones. Hold it up and swing it round. Show him the sort of devil you is. Say, "I took dis here man's skellybones."

I know a caint replace Sing Pappy. But I hope I help in ya tribulations.