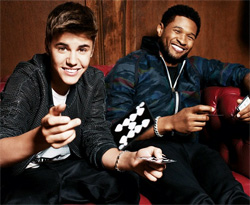 Maw Maw Petitpas over by Gooee Crick done clip up de newspaper for me and sends me over de story bout my old peeshwank puddle pal Justins Biebers. Seems like jus a dip of de moon since dat boy come down de bayou and was eatin' on dem yawm yawm peppers and chasin' de cocodrie.

Imagine how my smile done falled off when I read all dem tales bout Bebe's tyrants. I promise you I gwon teach him up do de signin' and de behavin'. I only did de half. Flyin' de monkeys round and got mesh shirts with dat bourick out. Lawd. He think he I dream of gengie. 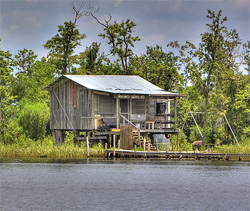 My papere woulda pass de slap on dat, but I ain't no friend ta de switch. Got ta raise dat Bebe up positive.

So what I got in de mind, M. Usher, is I come up out de bayou wherever you need and I fix him up. I been thinkin more wrong ta de Bebe un just a sass. He got him a sickness. Don't know if he been gnawin' on a wild hog and got him a worm or just caught him a fever from a cold sop. 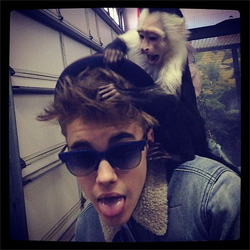 If he got de picklin' splinters well she gwon bury a purple potato suck out all de evil. If he got de runaways then she get her a sassafras branch and smoke up de file in de silver sports car. If his head been confused she put on a thistle poultice and rub his neck.

I seen on dat TMZ hullyboo he had him a fearsome tyrant in de restaurant, laughin' at M. Clinton and makin' water on a mop trolly. Gonna get a little wooden bebe doll and bake it up in a cake. That Creole Jack Sparrow Miss Thibodeaux gwon put a charm on de bebe doll and when de Bieber Bebe eat it up he have him a nap.