Maybe Reverse Psychology Will Get Me Out of This Sinkhole 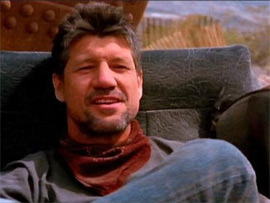 Pulling back? Sure, sounds good to me. You've got to, what with this dangerous sinkhole.

In fact, you guys just get on home. I been thinking about it and I don't even want you to save me from this 80-foot deep hole that swallowed me. There's some business going on down here, really amazing stuff, and I need some time to myself to absorb it. I'm busy as hell. So you can go ahead and pack up all of your fire trucks and ambulances and stuff, I will just hang out down here.

Oh, you want to know? I guess I owe you that much.

You see, yesterday, on day three of my time spent at the bottom of this enormous sinkhole, I was thinking that there is so much to do and see down here, it's sort of like a vacation. When I first fell down to the bottom of this ever-growing hole in the earth I looked around and I thought, well, broken up bed, some smashed shelves, hey, I've seen all there is to offer. Wrong.

First there was the music, this kind of tribal drumming stuff, and then I found the tunnel. It took a while for my eyes to adjust to the darkness, but then I realized there was this tunnel just big enough for a man and I followed it along to this village in a cave. And it's all sexy women in there. I am talking bombshells with these long legs and huge bazooms out to here. You can't see my arms, on account of me being at the bottom of a giant sinkhole, but when I said "bazooms" I made the gesture like I am carrying a couple of watermelons. These are spinners, boys, and they love grimy guys in four-day shirts who look like Fred Ward. 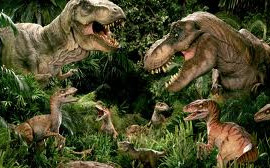 They have this whole free love culture, BJ contests, sex swings, that sort of thing, but it wasn't easy to become accepted. They aren't used to outsiders, so I think you guys should probably stay up there and just let me handle all the diplomacy.

Then I found this other tunnel here and I was wondering where it took me and, yep, you guessed it, cave of the dinosaurs. Full-on T-rex dinosaurs and the flappy dinosaurs and this other snake sort of dinosaur that nobody in science has ever seen before. These guys are incredible, amazing creatures, but you're gonna have to just take my word for it because their ecosystem is very fragile.

Followed this one dinosaur thing with a gem in its head, looked like it knew what was up, and it took me right into this other room that had all these artifacts. Now, I'm no expert, but I think they were magical. Like some Harry Potter sort of shit. Staffs and scrolls and stuff. Maybe they're from the Bible? I don't know. Most of it looks like gold and jewels and stuff. Scepters. Are those a thing? 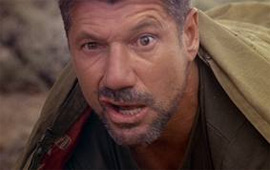 Then, you're not gonna believe this, but a second sinkhole opened up and I got swallowed even deeper and found a whole lake of oil. Like an ocean of oil. But, I mean, the less said about that the better, because we need to be transitioning to renewables, right guys? Just forget I even mentioned the huge frigging reservoir of oil I found. Keep it between us.

So then I climbed out of that sinkhole and back to my original sinkhole and found this other room full of all the lost dogs and cats that ran away. They made their own kingdom down here and they wear clothes and talk in these sing-songy voices like a Kanye rap record. And all of them remember their owners and miss them really bad, but they have sworn to never go back to the surface. So you all should just leave them alone is what I'm saying.

Any-who, I got to get back to things down here. No time to talk. The gals from the cave tribe are having a wet t-shirt thing I gotta judge. Amelia Earhart is gonna be broken up if I miss this one.

You fellas up top can just pull on back, forget about sending a bucket or a rope down here or anything. No need. I just have too much to do, down here in this pit that swallowed me up, feeling lucky as hell.