To My Friend Who Is Leaving the Country 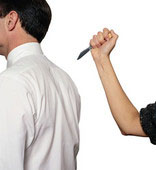 An actual photo of my friend in action (Photo doctored for clarity).I don't have many friends. You think it would be easy to make more, what with being one of the tastemakers of Internet comedy for nearly three years. I can't count the number of times a stranger has shouted at me, "Do you have stairs in your house?" only to give the ultra-secret reply (which can be discovered by joining the Something Awful Forums for the low, low price of 10 dollars) and stare awkwardly at this person until one of us backs away out of shame, sometimes not into traffic.

So I do treasure the people who willingly talk to me and feel comfortable entering my apartment without a police escort; and I show my gratitude by keeping them on a tight psychological leash that's like a suicide watch, but without the promise of possible inherited property.

And yet, even with all I have to offer, my friends keep leaving the country. It already happened once, but my mom-strength guilt powers and constant talk of "the antidote" brought this supposed "friend" crawling back to America after just a year overseas. At first, I thought his betrayal was an isolated incident, and didn't take it personally; but now that another friend is fleeing the USA for a country International Law states I cannot visit (for more, please see my 2006 article "Why We Should Firebomb Scotland, Salt the Earth, and Enslave Anyone Who Survives, Especially the Children"), I can only assume that the inspiration for this move is completely based on me. Graduate school? Please. Scotland doesn't even have toilets. I've seen pictures.

Instead of sitting down with my friend and calmly telling her why I should be in charge of all the major decisions in her life, I have decided to communicate this information via the Internet in the passive-aggression I speak as a second language. And for the benefit of you, the reader, I will provide this content in list format, since I have already committed the Web 2.0 sin of producing four uninterrupted paragraphs without so much as a bullet point, picture of celebrity camel toe, or YouTube of a fat man pouring syrup over his naked body to distract you from all the reading.

Friend, here is what you will miss about America. 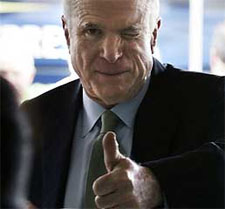 Listen: as far as I know, Scotland isn't a democracy; I imagine the next ruler is chosen by some variation of cow chip bingo played by members of the royal family. I know this is how our own Presidents were elected back when Freemasons ran the place, but we have advanced far beyond this to the very system you are abandoning. Imagine the feeling of abject emptiness you will miss out on when another Republican is voted into office by the very people he has vowed to destroy. Irony is going to make a huge comeback in 2009, only this time it'll be paired with the inability to go to the doctor for simple health problems! Friend, I will need you here to assist in the many home surgeries I will have to perform on myself when I can't even plead poverty in the Emergency Room. I assume that half a bottle of Tylenol PM is as good of an anesthetic as any.