Sunday, May 30, 2010 by Ian "Salmon Season" Golding (@iggolding)
Competition came in the form of the Tri-Cats. 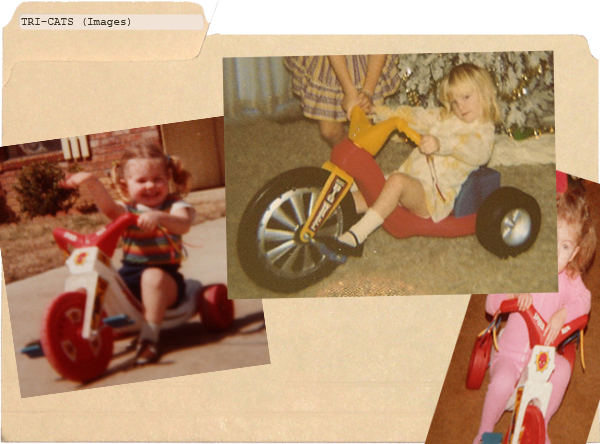 Sick of the anti-feminine doctrine that ran through the Reno Rollers, the Tri-Cats attempted to overthrow the gang by convincing boys to switch sides. Though the strategy worked well for a few members, geography stopped the two rivals from truly clashing. While both gangs existed on the same street, a three lane road separated one from the other, and the battles culminated in little more than shouting matches.

Most gangs are broken apart by blood or bars. The lifestyle leads to an early death or a long time in prison, but not the Reno Rollers. They managed to survive and avoid detection through a proven system structured around one man and a vehicle structured around one wheel. It would seem as though the gang could have lasted forever, and for a few years it did, but there was one thing that the Reno Rollers couldn’t expect: Bicycles. While big wheels worked great for children, as the members reached high school age, the mode of transportation proved to gather more attention than before. Many attempted to switch to the more adult bicycle, but by the time the training wheels were off, the power was gone and neighborhood was free once more.