GO AWAY SPACE NERD WIL WHEATON, GET OFF MY SCREEN! 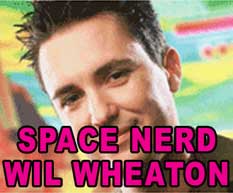 THIS IS THE FACE OF THE ENEMY!!! DO NOT BELIEVE HIS LIES!!!

Throughout history, mankind has run up quite a track record regarding worthless inventions. Our recent personal failures include the "XE-702 Servant Robot" which was built to perform menial tasks such as opening and closing windows, sweeping the carpet, and rearranging furniture into highly Satanic patterns. Our engineers didn't catch a slightly fatal flaw in the unit, a bug which caused the robot to lumbar towards the nearest elderly person, talk dirty to them, then shove their wheelchair down the steps. Luckily for us, only nine people purchased this unit in the 20 months it was being made. About half of those people are already currently dead, so there's no use in trying to get a court-ordered settlement on this one, you bloodthirsty jerks.

Another mistake I recently made was the acquisition of Something Awful by AOL / Time Warner. We felt that since their stocks were all shriveling like balls de la Grandpa, we could at least come in and entertain them in a variety of highly comical ways! Also, we'd eat all their food and drink all their beer! And get paid ludicrous sums of cash! Here's an example of just one of the thousands of laugh-out-loud (LOL) jokes we support, soon adding support for "De-skinnin' the Cat" and "Semendrops keep raining on my head." We packed up all our belongings and carefully folded up the poster of Dwight Schultz who stares over us even when we pee or make babies. Forty-Six hours later, we were stuffed inside our U-Haul and had made the cross country trip to Los Angeles, California. Once we arrived and stared in awe of the majestic, towering, reflective meter maid jacks, we looked around for an entrance to the AOL / Time Warner building. In a completely unexpected (and if I may say so, "rude") way, a few burly men stolidly blocked the doors and refused to let us in to our new company workspace!

I began hurling insults and threats as if they were very flavorful cat treats. "Hey there, Mr. Fat-eyes, let us in or else you will be seeing a rerun of 'Time to Wake Up the Dead Guy' starring YOU! Hey, come on, let us in! Let us in, I promise we won't spill milkshake on your new carpets of your fancy little AOL / Time Warner hut. Ooh, look at that, it's like they got themselves a tiny river running in there! Yo clowns, are there ducks in that damn thing?"

At that point, we were physically beaten for a few hours and crammed into the back of our U-Haul. This was probably our latest bad idea, and definitely the most painful. However, this horrible idea doesn't even COME CLOSE to the shocking, appalling, revolting idea of giving SPACE NERD WIL WHEATON HIS OWN GAME SHOW TO HOST. Yes, that is correct, some public embarrassments from the unintentionally entertaining TV network "G4TV," decided that instead of paying for all their employees to receive free enemas on every other Wednesday, they'd use the money to hire SPACE NERD WIL WHEATON to host a video game show about video gamers playing video games. Yeah, that's one hell of an idea, G4TV execs; put SPACE NERD WIL WHEATON, who was never skilled enough to escape from that stupid planet with the giant arm-swinging robot and old child molester scientist, who runs his own "today I found a pickle. tomorrow I will go bowling. I try to avoid using caps at all costs" e/n website, who was so loathed by the public that the producers of HIS OWN MOVIE decided they didn't want him to appear ("Star Wars 2831: Spock Wars"), to host your show about flying death pixels. Great idea! 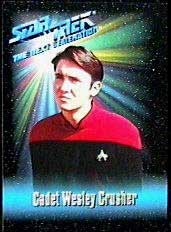 REMEMBER THE PAIN HE WOULD BRING YOU? NEVER FORGET!!!

Okay, let's slow things down a bit and let me try to explain exactly what's going on here. We here at Something Awful had naturally assumed our archenemy SPACE NERD WIL WHEATON was locked up inside a closet in Bum's Asshole, Arkansas. All he does is sit on the toilet and write boring e/n updates about how much his life sucks and nothing ever goes right and perhaps he should die (all true). Although I originally began constructing a campaign entitled, "Prevent WHEATON From Ever Doing Anything Ever" (PWFEDAE), I scrapped it after learning that saying "pwfedae" in public not only makes you sound like an idiot, but it also increases the odds of being beaten up by professional mimes

So it was with great shock and horror that I flipped through the channels on my television yesterday and saw none other than - wait for it - SPACE NERD WIL WHEATON! Apparently by using blackmail material against the network's producer, who willingly let WHEATON anchor his show on the condition that he receives EVERY SINGLE COPY OF THOSE PHOTOGRAPHS, SPACE NERD WIL WHEATON launched his high-flyin' super spaceship of a career into holodeck G4!

During this game show, two rival clans play against each other in different games, each apparently produced in its own decade. Half-Life, which was originally made in 1989, is the first competition game. The mod "Counter-Strike," which I believe is about negotiating hostage release situations, is very popular with repulsive dorks of all ages. In this Counter-Strike calamity, SPACE NERD WIL WHEATON (and his fat fat fat fat co-host"Travis 'Bags O' Oates") make colorful and witty comments while the rest of the viewing audience (up to twelve of us) watch people play a game. This idea for a game show is simply wonderful; how many times have you gone over to your friends house, loaded up a Nintendo game, and then fought over who got to play and who had to watch? My Friend Asa Akers and I would constantly bicker over which one of us could enjoy the luxury that can only be experienced by watching somebody else play a video game, but then again Asa cried a lot when anybody mentioned the mermaid from "The Goonies."

CAN YOU FEEL THE EXCITEMENT?!?

The Counter-Strike map was terrible. It looked like all Counter-Strike maps (ugly and blurry as shit), featured the "magical if you walk near them then they lose all resolution and turn into one pixel trying to cover a 100 square foot area" texture mapping scheme. Characters' body parts flew through walls, walked past closed doors, and got stuck "inside" each other. This is supposed to be "realism" folks? Hell, I could install my copy of Blood 2 and it would have the exact same amount of "realism" that Counter-Strike promotes. Plus then I'd get to have dreams of Jason Hall's bald, shiny head instead of Gabe Newell's hairy, blubbering Jabba the Hut bodyframe. I'm not sure what team won this round, as Emily and I were laughing too hard at the idea of SPACE NERD WIL WHEATON being displayed nationally.

Next up: MechWarrior 4: Black Knight. This is one of those games for people who climax each time they hear the words "strategy," "mecha," "laser cannons," and "your mother." It's a short game of CTF where each team decides if they want to be a fat mech or a skinny mech. The skinny guys run around like little idiots hopped up on Speed while they attempt to swipe the enemy flag. The other robots try to provide support, but considering the lumbering, clanky, Louie-Anderson-sized robots move at approximately 1cm per hour and occasionally shoot a salvo of missiles randomly into the sky, this game is really boring. During all this non-stop, faced paced excitement, SPACE NERD WIL WHEATON conveys all the sheer awe and amazement he can possibly muster up:

SPACE NERD WIL WHEATON: "Ohhh, will you look at that? He's using his JUMP JETS! HIS JUMP JETS! HIS JUMP JETS! How in God's name did he think of such a strategy? I am SPACE NERD WIL WHEATON's Sense of Wonder!"
BIG OL' FATASS TRAVIS OATES: "Now on Team WE-RULE, I notice that player "St1k13" is running off to the left here... perhaps to flank around them? Yes, he does appear to be moving behind those 'trees' which have a polygonal base and then two intersecting sprites as the "tree" part! This is all so very realistic that I believe I'm in the middle of a giant battlefield! Quick, somebody airdrop me the world's largest cupcake!"
SPACE NERD WIL WHEATON: "Jack's fragile ass is gonna have to say 'no' on that one, buddy boy. Ooohh hoh oh oh oh oh AWWWW YEEEEEAHHHH, Team HOAGIELUVR used their heavily armored bot to smash the flanking bot and the little robot just captured its flag! I am Jack's ability to flank! I am Jack's flag capturing force! I am Jack's map dominator! I am Jac-" (interrupted)
BIG OL' FATASS TRAVIS OATES: "The competition has been over for five minutes now, Wil."

After that comes phase 3, where teammates battle each other in the tit-showing breast-excellent game "DOA3," which now has 198% more nipple than DOA2. To be honest, I turned off the television at that point and cried myself to sleep. SPACE NERD WIL WHEATON... back on TV? A show based on dorks playing video games? SPACE NERD WIL WHEATON NOT ON THE UNEMPLOYMENT LINE? WHAT KIND OF WORLD IS THIS?

Only you, as a member of PWFEDAE, can prevent future events like this occur. Please reach deeply into your pocketbook and donate to us, a non-profit charity organization dedication to the instruction and installation of a giant ION laser cannon aimed at SPACE NERD WIL WHEATON's whiny face, assuming we can ever find it underneath all those asses.

Slave Labor in the Goldmine! 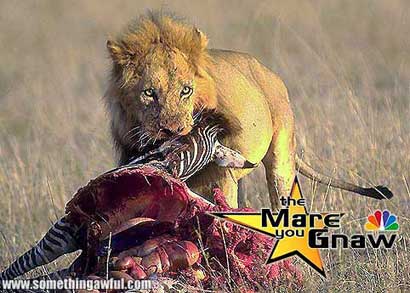