George Gusanos is the Worm Wizard. In the worm biz there is no better handler, trainer, and consultant for misbehaving or poorly-trained worms and their owners. He goes wherever he is needed most. 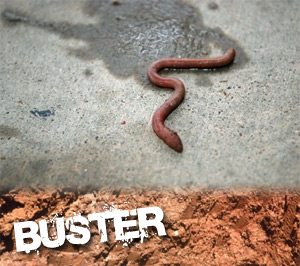 Buster is a Lumbricus terrestris. The common earthworm or dew-worm. But "common" is hardly the right word to use to describe these animals with their strong personalities and fun-loving demeanor. These worms are good companion worms, but they need a lot of space to be rowdy and they will challenge your authority early in the relationship. If you have earthworms that think you're in their yard and not the other way around you need to take back control before things escalate. I have seen earthworm owners who were not assertive early on and now they're afraid to go in their yard. That's what owner Jeanie McElroy is afraid of.

"Oh, he's a terror," said Jeanie. "He's all over my shoes, into my gardening. He does as he pleases and runs roughshod over whatever it is I'm trying to do. It's gotten to the point where I don't want to go outside."

Early morning is a good time to exert some dominance because earthworms like to come out and play in the AM. Find the leader earthworm, usually the biggest (count segments to be sure), and cover him with your cupped hand. Let him know that you can cover him whenever you want and it's up to you, not him. If you're having a problem with your earthworm eating dirt you don't want him to eat you can try replacing the dirt with sand for a day. Earthworms hate sand and cannot eat it or digest it. They are a lot smarter than most people think and if they see you shoveling (hand scoop or use a soft, silicon worm-safe shovel) the sand they will know that you can control the consistency of their substrate.

Positive reinforcement and stimulation can go a long way with earthworms like Buster. When he does something you like tell him "good worm" or reward him with a treat. Try giving him pong balls to roll and manure piles at least once a month. If you want a fun project you and your earthworm can do together try filling a garden hose with mud, letting it dry, and then timing how long it takes your worm to burrow through the whole hose. Jeanie and Buster are getting along famously these days, he's happy to share the yard with her gardening (hand digging only!) and she's enjoying his company and affection. 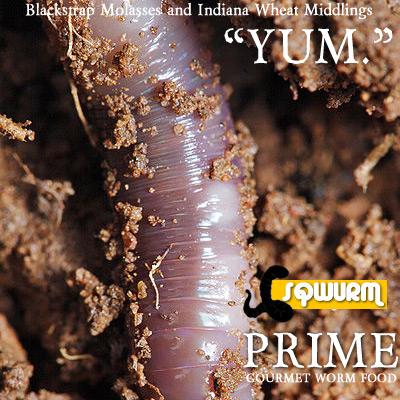