As a kid, I loved E.T. Though the movie was terrifying, I'd put the VHS in every weekend to watch the little alien waddle across the screen. He seemed so cute and friendly. When watching the film, I wanted to be Elliot. He was friends with the E.T. and they played together and rode bikes while I only had a cat. I didn't want to own the alien or do anything weird, just say "hello" and maybe hold him for a minute. If I was lucky, he would be my friend, but I would be content with a chance greeting.


Some twenty years later, the dream came true, but not in the way I expected. The chance run-in was not in a pine forest as I had always imagined, but instead a deserted alley in the middle of the night. And, as he hunched over the dumpster to snort a line of Reese's Pieces off a discarded Styrofoam plate, I longed to see him in a bicycle basket. 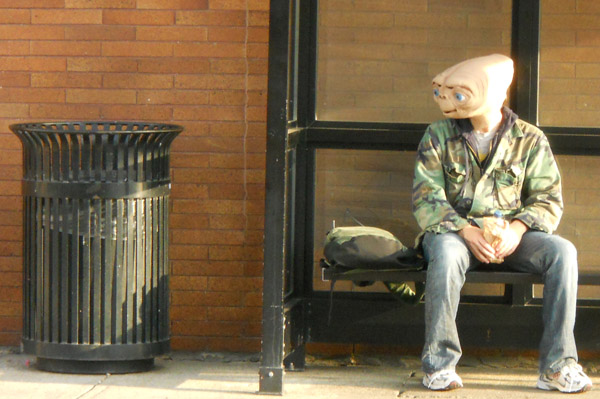 As I approached the character that once filled my dreams, I couldn't help but notice how tall he'd grown. The squat figure that I fell in love with had become a man, and based on his body's condition, it had not been an easy transition. The whiffs of dumpster seemed refreshing compared to his stench as I grew closer. Eventually I was within reach of E.T., and though I was standing right behind him, he didn't seem to care enough to stop rummaging.
"Hello." I said. Boyhood Dream Status: Fulfilled.
"Fuck off, asshole." He replied, turning to me. Boyhood Dream Status: Forever Crushed. 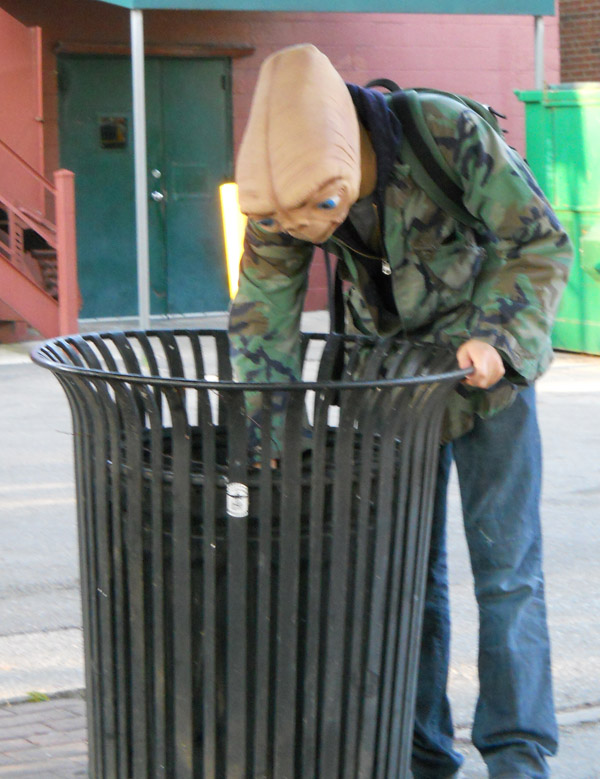 Years of living on the streets hardened him, but as we made eye contact I saw that beyond the glazed look of his fresh high was the youthful spirit I admired as a child. If he wiped off the powered peanut butter candies that coated his nostrils and cleaned up a little, he would be as adorable as ever. But as I imagined cleaning him up, E.T. popped a few more Reese's Pieces and dived back down into the garbage. How, I wondered, did America's favorite alien since Ricky Ricardo come to this?