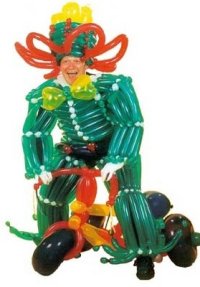 Balloonman sez: "HEY KIDS DON'T GAMBLE OR I'LL RUN YOU OVER WITH MY BALLOONCYCLE!"

Hello there faithful weekend readers. For those of you unlucky enough to have to work today, I offer my sincere condolences. Just keep in mind that you can be replaced by an Indian robot drone for 2 cents an hour at any time, so be thankful you still have a job. Most of my friends have computer science degrees from U of M and are now giving blowjobs for nickels on Michigan Avenue. It is indeed a troubled time, but I digress. Today I am launching another one of my self-help series designed to give aid to my legions of needy Internet readers who I try to help with my wealth of wisdom acquired through years of drunkenness and depravity. You might have noticed that the name has changed from "Life Lessons", to "Heart Smarts". The folks at marketing thought the name was a little catchier, and the change will also avoid a nasty lawsuit from Life cereal that threatened to take us to court because I claimed they were the sponsors and that their cereal gives puppies cancer. Sure I was feeding them asbestos and mercury as well, but I know in my heart it was the Life cereal that caused the horrible malignant growths.

Today we are going to take a stern and flirtatious look into the sordid social disease that is gambling. Ever since gambling was invented in 3948 BC by a Mesopotamian who put 4-9 odds that the crops would be swarmed and destroyed by locusts that year, it has been the scourge of mankind, overwhelming our psyche with greed and helplessness. All throughout history, our love for risk and the elation of winning has been our weakness. When the white man introduced the Native Americans to gambling, they thought it was just another wonderful gift from the gentle pale people from the east. Soon they couldn’t get enough and started staking their entire possessions against the white folk, who often cheated and took everything from them. Even now that the tables are turned and the Native Americans are taking money from the stupid white folk, it still does not justify this most evil of vices. Today I will show you how gambling is worse than sex, drinking, tap-dancing, and murder combined. I'm sure there is a Bible passage against gambling somewhere, but my copy broke in half after thumping on it with my fist too often while preaching and teaching. Do not gamble with your eternal soul!

I vividly recall going to my first casino as a young child. As I walked in, my senses felt assaulted by lights, beeps, whistles, and sirens. Shuffling between the endless rows of blinking slot machines were a motley collection of frightening zombies, each carrying a bucketful of assorted coins. Just as I was about to grab my shotgun to dispatch the ghouls like I have been trained to do after years of playing video games, I realized that these poor tormented souls were not real zombies, but just gamblers that had not left their precious slot machines in days. I continued to walk into the casino, feeling the pleasing beeps and hypnotizing lights drawing me deeper inside. I then made the mistake of wandering too near one of the three machines an old lady was frantically working. She bared her teeth and let out an inhuman guttural growl, a warning that I had come too close to her territory and if I did not back off she would attack without mercy, probably ripping my throat out with her sharp nicotine stained teeth and resuming popping quarters in the machines without bothering to wipe my sweet blood from her chin. I knew then that I was in a dark place of failure and tears, and my only chance of survival was to put $20 on black and flee. I left a little richer, and much wiser. 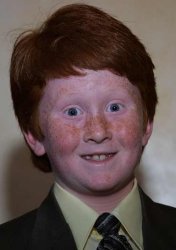