Within the past year, TLC and A&E have both picked up shows about hoarding, allowing us to see, right before our eyes, the newest trend in psychological disorders. But, unlike a lot of the other cool mental problems, hoarding doesn't have any physical signifiers, so, aside from a house filled with rotting garbage, the viewer is often wondering how he or she is supposed to tell the difference between the legit crazies and the wannabe trash collectors. To help alleviate the confusion, a standardized test has been created. Simply go through each section and tally your score at the bottom. At the end of the test, add the complete total and divide by how many occupants live in the house. The final number will clearly show who truly deserves our mocking attention. 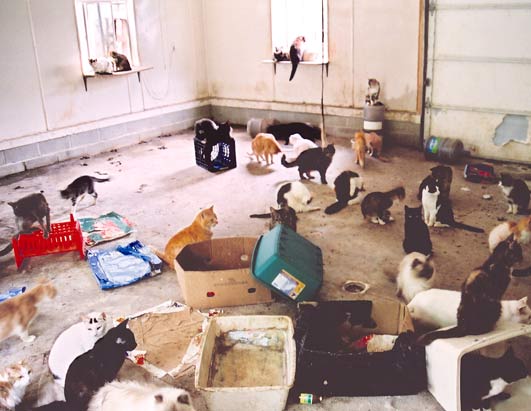 JackpotPets Test
Generally rejected by society, the hoarders naturally rely on animals for the majority of their social activities within the home. Add 1 point per cat or ferret with an additional point for every third pet.

2 points for any feces/urine piles

3 points for any dead animal found within house

5 points for any living animal eating/sleeping in close proximity of dead animal.

Insects, exception for hissing cockroaches, do not count as pets. 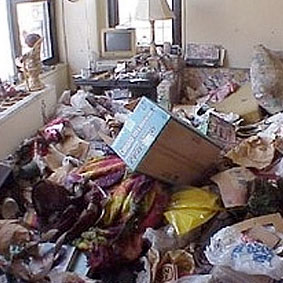 The living room is often holds the hoarder's pride possessions. Each item found on this list is worth 1 point. Cross off all that apply: 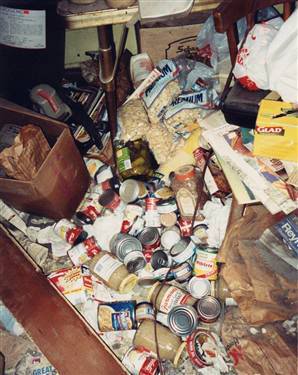 Many hoarders like to feel as if they aren't completely pathetic. Though they are, many convince themselves they are partially organized because of minor accomplishments. Reward yourself two points for each half assed attempt. Add an additional 4 points if any of these methods reach the ceiling.