What caused these seemingly ordinary people to start holding onto all the crap in the world? No one cares, but at least you can earn points.

4 points for being bullied, being the bully, being sheltered, being left alone, being lazy, being a perfectionist, being handicap, being half ant

15 points for death of family member who administered abuse

20 points for death of pet

22 points of no reason is given 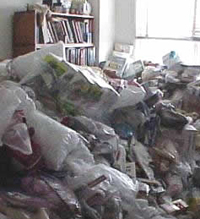 Though living in squalor, many hoarders have a tendency to have an extensive wardrobe. Unfortunately, the clothes are rarely worn, and instead end up in the same garbage pile as everything else. 2 points each but only to be rewarded if there is at least one room dedicated entirely to clothes. Add an additional point for each occasion where price tag is still attached. 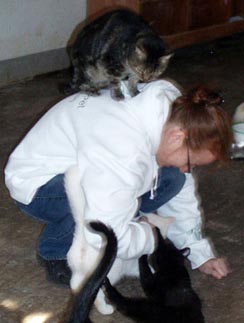 What do you get the person who has everything? How about a reality check? To cope with the anxiety of a life surrounded with garbage, many of the conflicted people rely on a complicated mixture of being completely illogical with being a complete asshole.

3 points if embarrassed but does nothing to change

4 points if family members do not understand

5 points if family members do understand

4 points if hoarder is about to lose job

6 points if hoarding is considered a "hobby" or a "passion" 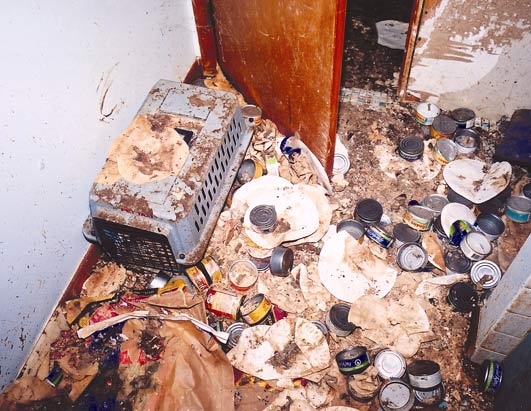 Not everything in the world can be listed. Sometimes it is that special twist of crazy that really puts a hoarder into the wrecked hall of fame. These special situations can really push a score over the edge (+20 points each)

Now that you have finished all the tests, be sure to add up your score before moving on to the last step

Since the most elite hoarders are natural hermits, destined to live a life alone with the carefully collected garbage, you must divide total points earned by the number of human occupants within the house. Anyone who earns over fifty is considered a professional hoarder, while those under are just faking it.

Next week we will break down the difference between the autistic and the boring.