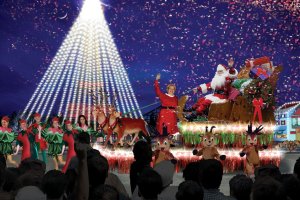 Seasons Greetings, my fellow Internet citizens! It's the time of year to forget all of your troubles. Time to visit your family, enjoying cups of expired eggnog while opening presents and vomiting into the roaring fire (depending on your family traditions). That is, if you are a happily employed American -- unlike the millions that have lost their jobs over the last couple of years, or the struggling young IT population all vying for the same helpdesk job.

It is a sad state of affairs indeed. With the increasing incidents of bloated corporate giants scamming their investors, the gouging of energy prices, and Tony Danza getting his own daytime talk show, the financial outlook for many citizens is very bleak. Instead of getting stockings full of sweet candies and gifts of the latest models of robot dog, many households must resort to handing out bundles of road salt and selling their plasma for last year’s robot dog models.

Fortunately, the holiday season is also a time of work opportunities. There are plenty of jobs that need to get done before the New Year, and plenty of desperate and hungry Computer Science graduates who are more than eager to fill the roles. Today I have networked with some of my friends at the employment agency who owe me favors (sexual and otherwise). They have agreed to help me find some of you poor, stupid folks some jobs. You don't need to thank me. Consider this my Christmas gift to you, along with an incurable case of scabies. 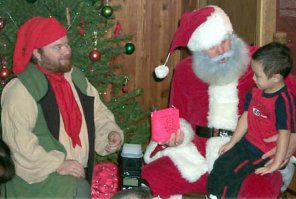 I CAN SMELL YOUR FEAR CHILD. TOUCH THE ELF!

No, not the real Santa, you silly goose! Sorry to be the one to break this to you, but he does not really exist. It was just a ruse by the Jewish run liberal media to further their agenda of candy cane consumption. Also the holocaust never happened, FYI.

Despite that, the various mall Santas across the nation need good elf helpers to make it through the season. This is a position that is always in demand, as there is a large turnover rate in the elf department. It is a vigorous job, full of dangerous pitfalls, but a vital support system to the Santa cabal.

The main function of the job is keeping the herds of children in an orderly line using whatever means necessary. The elves also serve as a sort of "Santa Secret Service" to protect him from outside harm, like disgruntled kids. They even protect him from the drunken fits of dancing that many Santas are prone to performing at random, inappropriate times, resulting in dumping the crying child currently in their lap into a pile of jagged, broken Christmas tree ornaments.

Keeping the line clear of vomit and feces. 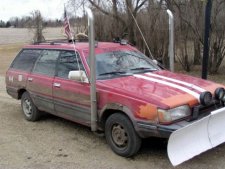 My grandpa forwarded me this wacky picture and I promised I would use it.

This is a very important job that we all depend on in the north. Once the harsh winter storms sweep across the midwest, it is up to the snow plow driver to make the roads safe for us to go to the Piggly Wiggly and buy a jug of cheese puffs.

The fact that this job is always available due to the excessive burn-out of workers is a mystery, but it might have something to do with “Snow Plow Driver Strangler” that has been stalking parking lots across the midwest states in the search of prey. Normally, he disguises himself as a snowman and lays a spike strip to flatten the tires of the plow truck. When the driver gets out, he strangles them with a scarf and puts the bodies in hilarious and embarrassing positions. Let me just say that if you do end up taking this job, wear a clean pair of underwear.

Use plow to put snow into snow pile.

Drive to a remote location.

Park, blast some Rush, and smoke a fatty. 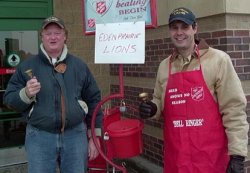 We will torment you with our bells until you give us a quarter.

Normally this would be a volunteer position, but these day’s everybody who has money is too busy playing the new X-Box and staging pit fights between their robot dogs and robot vacuum cleaners. This may seem like a particularly boring and grueling job at first, but once you do it for a while you will begin to realize it’s much worse.

Not only is the cold is a factor, but the attitude of the selfish people who walk by without putting anything in your money pot might make you bitter. So bitter, in fact, that you might start to think that the world would be much better off with these people dead. Then you might even go to your car to get your gun. Once the shooting starts, it won’t stop until the SWAT tactical team takes you out with their helicopter sniper and pry the metal bell from your cold, dead hand. When you start to feel this way --and you will -- take a 15 minute break at the nearby Arbys to grab some curly fries and a soda.

Sneering at people who pass without giving any money. They will pay. One way or another... 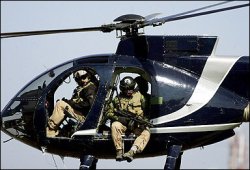 Uhhh I shouldn't of eaten that whole pie...

As you know, the situation in Iraq is not getting any better, and there are hundreds of contractors that will pay handsomely for personal security. The insurgents have stepped up their attacks during Christmas time, and the need for hired mercenaries is larger then ever. If you were to take this position, you would be in a hostile environment with unrest and anger all around, much like a Detroit Lions home game. The pay is good, but so is the chance of dying.

On the plus side, you get to shoot people with guns and you can’t be held responsible since you are not bound by any international military law. It’s boss!

Shoot any hostile that is exhibiting aggressive behavior.

Use of hand to hand combat to break necks of Iraqi children that wander too close. 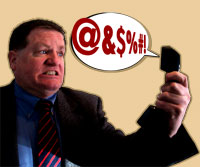 I couldn't find a good retail worker image so I'm using this one. Plus I like the picture so bite me.

This is another hazardous job, but the pay is significantly less then working in Iraq. The good thing about it is you wouldn’t need to travel and there is less of a chance of getting blown up by a roadside bomb on the way to work. Just make sure you are fully prepared for the situation of being a return desk clerk.

The lines will be long, the customers will be angry, and most likely, by the end of the day, your soul will be forfeit. The wise approach to this job is to just accept all the returns with no hassle and worry about getting fired later. It’s much better than the risks of telling the large black lady that you can’t take back the used VCR because her receipt is for a dwarf hamster.

Stand behind desk while customer screams at you.

Look at item while customer screams at you.

Look at receipt while customer screams at you.

Accept return while customer screams at you.

I wish I had paid attention in those community college classes...

This may seem like a fairly easy job to some, but trust me, it’s not. A few years ago I lost all my money playing online Texas-Hold’em to a guy named “B0n0rz191". I needed to pay my bills, so I took a position at a large oak tree near my house as a baby squirrel.

By the end of the day when I punched out, I had never been so tired in my life. Frolicking about the treetops and chattering takes a lot of energy, especially when your taskmaster of a boss has rabies. Only take this job if all the others have been filled, or if you really like acorns.

Peeping into windows at ladies getting undressed.

Hopefully at least one of these jobs will be available to some of you folks that are out of work and need to make ends meet. If you need a reference, you know where to find me: the Holiday Inn bar, crying into a poorly mixed Strawberry Daiquiri and hitting on the 50 year old waitresses.

Have a Merry Christmas! Also have a Happy Holidays, to all you folks who are non-Christian mongrel heathens who will burn in the fires of hell for all eternity. May the Lord forgive you for your betrayal.

The Senate on Wednesday passed a six-month extension of the terror-fighting USA Patriot Act as a last resort after Democrats and a small group of GOP senators blocked President Bush and Republican congressional leaders' attempt to make most of the anti-terrorism law permanent.