Things I Have Learned from the Internet Movie Firearms Database

What a super well trained cop would never do.


Bad coppery is a favorite topic of imfdb, and two particular culprits are Hot Fuzz and The Matrix. Any time an officer of the law behaves in a way that is not exactly in keeping with manuals and regulations, this will be scoffed at smugly by the imfdb contributors. 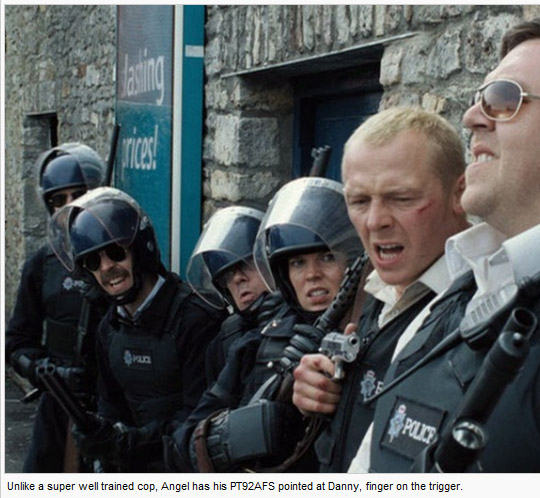 Yeah, finger on the trigger, point it at fatty there, super cop. Heh. AS IF. Next! 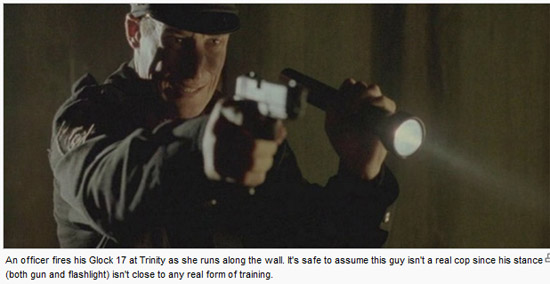 Ugh! Everyone knows tactical stance you brace the shooting hand on the flashlight hand to steady yourself for a killing shot. This movie set inside a computer reality where computer programs can take over people sure has disappointed me with its inaccurate portrayal of policemanship.

Basketweave? Not in my precinct!

Sometimes movies come achingly close to perfection in their portrayal of police, but then they blow it on one detail that just cannot be overlooked. Such was the case in Bedazzled, a fantasy-comedy that had absolutely nothing to do with the police. 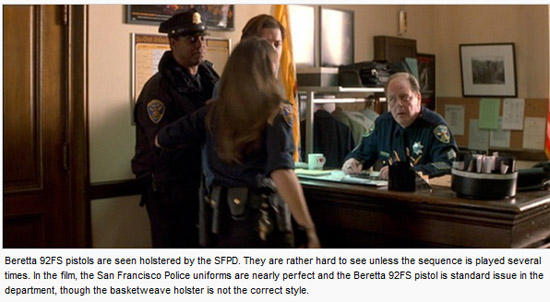 Man, the third time I played this in slow-mo I noticed they had basketweave holsters. I mean, if you're not even going to bother to research the correct type of holster worn in that precinct then why even bother making a movie? Why even bother living?


Sometimes an entry on imfdb may not teach you a whole lot, it might just be a really weird and gruesome screen shot with a creepy caption just to show off some stupid gun. The Saw series was good for these, but my personal favorite was this image of a Mossberg shotgun from The Happening. 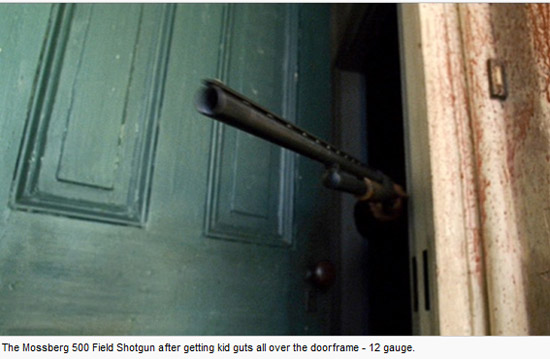 Very nice. Sort of a faux finish. I wonder if the Ace Hardware could match "kid guts" if I brought in a chip.