3. Tell everyone you are arguing with how little you care about the argument.

This is especially effective as a one-two punch with posting a lot of words. You have proved you are passionate, but men aren't just passionate. They also are stoic, and when there is danger they narrow their eyes and smoke cigarettes. The problem with this aspect of manliness is that narrowing your eyes and smoking cigarettes is very difficult to portray over the internet, although there are probably some emoticons that can help out.

The best alternative then is to follow up your essay on Dragonball Z playing cards with a coda in which you explain that you did not care about all those words you just posted.

Good: Haha ok, I didn't know you'd react so strongly. It's just the internet. Who cares? I don't. Do you care? You probably do. You're a woman, I am a man. I don't care about things. 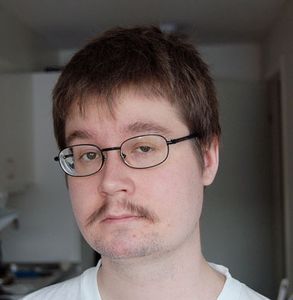 You think I care for such mortal things?

4. You were only playing devil's advocate/trying to piss people off/controlling their emotions like the puppet master you are.

You may have lost the war, but great news! You didn't want to win anyway. In fact, you lost intentionally, so by winning they are actually doing exactly what you wanted them to do. They're like tiny ants that you can crush, except they are about the same size as you (maybe on average a little bigger).

Bad: I meant every word of this thread. I was trying to get you guys to like me. The only puppet here is me :(

Good: Wow you guys seem pretty angry at me. I bet you're all fuming and drooling over your keyboards because you have a glandular problem that causes uncontrollable spittle production. This is just where I want you, by the way. I entered gimmick mode the moment I saw all you nerds and I just couldn't help but toy with you a little bit. Ok, enjoy your EVE Online thread boys now that I've caused you all run around with it like you were posting as bulls and I was posting as a piece of red cloth. Why don't you pelibeans malt over that idea for a while.