Into the Breach: Strategically Pushing Kaiju Bugs Into Pools

I accidentally killed two of my own mechs in one turn, the concussive force from a long range artillery shell bonking their heads together like a pair of coconuts. I was so focused on punching a dam that I let a giant hornet sting a launchpad to death before it could blast a satellite into space. I left three timelines behind in ruins, time-jumping away with an apologetic shrug.

I am absolutely terrible at Into the Breach (from the makers of FTL), which is how I know it's a top-tier strategy game. Historically, the genre's best titles are those which most creatively reveal how my brain is a tremendous dumbass. And boy, is my brain dumbassing it up big time.

It would probably help if I explained what a competent player is supposed to do in this game.

Assemble a squad of three mechs. Travel to one of the four remaining inhabited islands on a dying Earth. Choose a mission with its own set of randomized objectives, hazards, and rewards. Watch giant bug monsters pop out of the ground and attack buildings full of heckling doofuses. Take turns being very rude to one another.

In most games you'd shoot the bad guys until they fell over. Here, you turn Asshole Physics into an art form. Let's take a look at just one example: 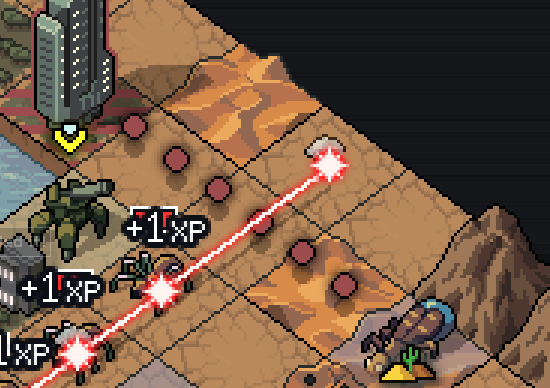 Ignore the XP-shitting laser beam on the left. See the alien bug down in the bottom right? That line of red dots extending from his side tells us that on his next turn he will shoot a wad of alien bug vomit on the skyscraper. We have a few options.

Just about all of our attacks have a built-in knockback which allows us to push the enemy precisely where we want them. We could simply shove the bug one tile over so that its shot goes wide. Or we could slam the bug into the mountain, damaging the bug and splitting said mountain. If there was water nearby we could knock the bug in and drown it immediately. How about a forest fire that inflicts damage over time?

If we were using a different set of mechs we could jump over this bug and fart a lightning cloud on its head, paralyzing and damaging it. Or we could use a magnet to yank him against our eager mech body.

And that's just this move. If the bug was still alive we could follow up with a of Rube Goldberg machine of impolite shoving.

Since you know exactly where your opponents' attacks will go in the next round and you have so many tools to reposition them, every round turns into a miniature puzzle in which you try to figure out the most efficient way to stick your foot out and trip them.

I, on the other hand, have a knack for figuring out the most efficient way to stick my foot out and split my pants wide open.

These might be pretty obvious concepts that smart people will pick up immediately in-game, but I am an idiot and you might be too.

The game points out that you can park your mech butt on these spawn points to prevent enemies from popping up: 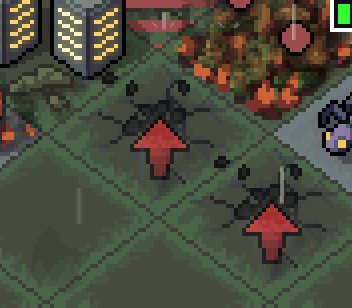 Great! Here's what I don't think the game mentions: You take 1 damage when the emerging enemy bumps its head against your butt. In most cases it's worth it.

Now let's say you've got that lingering 1 point of damage. You click this little repair icon shown above or hit R and end your turn, assuming this unit will rest and recover 1 HP between rounds: 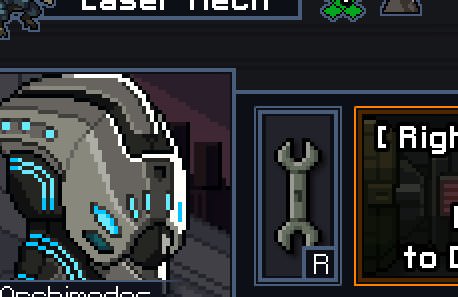 Nothing happens, because that's not how this works. After activating the repair you have to target and click yourself. The heal happens immediately.

I absolutely refuse to admit how long it took me to figure this out.