It's All Right There in the Figures

Jameson smashed another cigarette out in the ashtray and downed his cup of room temperature coffee.

"These ideas are all terrible." Jameson growled at the designers. "Laser Sniper Force? Militia Team Texas? What the hell is that shit? They sound like GI Joe knockoffs you'd buy at a Mexican flea market."

"Murray, we can't stray too far from proven-," Sommers, the old warhorse, had the sack to interject.

"Bullshit!" Jameson raged. "Totally bullshit! Every month we come in here and have a meeting about what action figures we should be making and every time the ideas are absolute garbage. Diane, we haven't heard from you yet, what stupid crap do you have?"

"I-I-uh," Diane rummaged through her folders and came out with a mockup of a dinosaur with a head that could be removed to reveal a laser. "DinoCops Future Squad. We use the old DinoCops molds only now the DinoCops are in the future and they have heads that you can take off with different high-tech weapons." 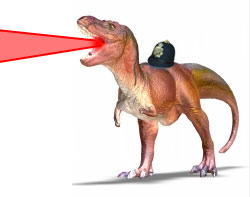 "What is that, an ion cannon?" Jameson smashed his coffee cup on the floor and stomped his foot. "More shit! Diane, do you have any idea how many DinoCops figures we have in the warehouse right now? Let me make it easy for you: enough to fill 78 shipping pallets. We could make more money melting them down and selling the plastic to a picnic utensil manufacturer than we would releasing another batch of DinoCops."

"I'm sorry. We're all fucking sorry. We're pitiful. Mattel is killing us. Where's the new guy?" Jameson dropped back into his seat.

"You said he wasn't ready yet." Sommers offered.

"He'd better be. That kid is our only hope. Send him in."

Sommers ducked out into the hallway to get the new intern, Ben Bixby. The kid was scrawny and tall with a necktie way too small and a short-sleeved dress shirt that was way too big. He took a seat at the table.

"Alright kid. Sommers has said you have some great ideas, real cutting edge stuff. Wow me." Jameson lit another cigarette.

"Thank you, mister Jameson." Ben nervously paged through a notebook. "I don't have any color mockups since this is such short-"

Jameson waved away his apologies.

"We just need ideas, we'll let the art department worry about the mockups. Now tell us what you've got."

"Alright, well, the first idea was based on something you said a few weeks ago about movie and music tie-ins being big business. So what do you think about Bruce Willis?"

"Great, I love him," Jameson said, "but most of his movies are already optioned out to toy makers." 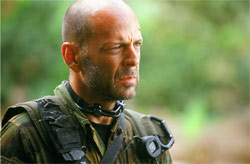 "Not his best movie! I checked with legal and no one has licensed 'North' for toys. Bruce Willis as the narrator for the story of a boy who is fed up with his parents not giving him enough attention and decides to wander the world in search of new parents. Now, imagine if that boy was played by…The Rolling Stones."

"All of them?" Jameson asked.

"Yes, the Rolling Stones and Bruce Willis are teamed up to form an action force searching for the perfect parents. We can do a lineup with Willis and the Rolling Stones in commando gear, but no guns or anything, just like grappling hooks and flares and stuff. They could have a zodiac boat playset and maybe an armored van they drive around in."

"Pretty awesome, right? Well it gets better. What if all of the bad parents that they rejected joined forces with each other in an evil secret lair and they plan on blowing up all of the great monuments of the world? Team North has to stop them and their martial arts henchmen or they will blow up, like Mount Rushmore or the Space Shuttle or something. Totally perfect for a cartoon spin-off. Maybe we can do one like the old Captain Power where Team North is flying around in a helicopter and the kids have to shoot parents with a special gun as they pop up on the screen or else Mount Rushmore will get blown up." 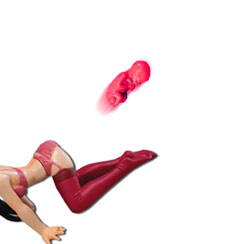 "Okay, so I turn on the news and everyone is talking about teen pregnancy and abstinence education and stuff. The way I look at it, that's just a bunch of free publicity for our new line of toys: Abstinence Andrea and the Action Squad. We take some of the old Buffy the Vampire Slayer molds we have and recolor them and maybe apply some grenades and stuff. These girls are hot, but they're hot for God, and they're not interested in sex before marriage. They could all have different weapons for fighting their urges like assault rifles. One could have an arm that's a minigun and maybe we could have another one with a jet pack."

"So then for the bad guys there will be this army of teen mothers and they will always attack Abstinence Andrea and try to get her to have sex and have a baby. We can use some of the old Rocket Squad molds where they had the missiles they would shoot, we just redesign the figures so that the missiles are shooting out of their groin and then we do a new mold for the missiles that look like babies. We can also have a few male bad guys too and they can have weapons like date rape darts and lassos that they try to use on Abstinence Andrea so they can tie her up and impregnate her. Maybe one of them can be black to get some great sales out of race mixing opponents."

"I think that one might be going a little far." Diane chided.

"Hell, not far enough!" Jameson countered. "I say we have each teen mother come with a little packet of 'amniotic ooze' that you can grease up the baby missile with. Great job kid, any others?"

"The domestic market is already really crowded, but I think there is a lot of potential out there for us to take on the less-competitive foreign markets. What is the biggest think right now for kids in other countries? Hating the United States, that's why I think we should do an all new soldier line called American G.U.T.S. You get all new 12 inch dolls. An American infantry man, a missile launcher soldier, maybe a guy driving a Hummer, a commander, and then you can do a few politicians like George W. Bush and Donald Rumsfeld."

"I don't get it. If they all hate America why would we want to make a bunch of GI Joe 12 inchers for them?"

"No, no, these aren't GI Joe at all, these are American G.U.T.S. and these guys are the bad guys and the cool thing is they all have a button on them you can push to see how they die. Like we can do a spring loaded head on the Bush doll and it pops up on some translucent red plastic like his head got shot off. Then you can do the GI with a ribcage that pops open so you can see his heart and lungs and stuff. Maybe the machine gunner breaks in half and his spine is rubber with little veins painted on it. You could press a button on the Hummer and the panels all flip to look burned and the guy flies out the windshield and has little plastic glass embedded in his face. Kids will go crazy for it in the foreign market." 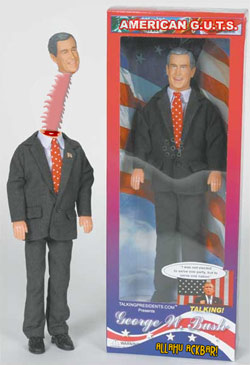 "Won't the media go apeshit over that?" Sommers asked.

"No, no, see that's the beauty of it. We do a run of about 200 on each doll that don't have the death buttons and then we release them domestically saying that 50% of each doll goes to charity. The market is already loaded with shit like that so no one will buy it. If word comes out about the foreign models we'll just point to the domestic ones and the charity donation and say that the American people weren't buying those. It will be great publicity."

"Risky, but I like it." Jameson stubbed out another cigarette. "Okay, hit us with one more."

"I think we all know what the big emerging market is right now: video games. Video game tie-ins are HUGE business. Action figures for Blizzard games, Halo figures, even figures for lesser known videogames are big."

"Oh, I like where this is going!" Jameson interjected. "Let me guess, Grand Theft Auto toys?"

"Nope, but you're close! One phrase: 'Battlecruiser 3000 AD.' You've got space ships, you've got marines, tanks, fighter planes, all kinds of weapons, dozens of classes, you could literally release thousands of toys based on this game. And the best part is that they can be thousands of unique toys that all look absolutely terrible with untrimmed mold flash and sloppy paint."

"We could outsource it to that factory in Nigeria that's run by that warlord or maybe one of the Chinese factories where they send the retarded people to work 18 hours a day. The worse the quality the more loyal we are being to the spirit of the game. Fans will eat it up and we've got a pitch man in Derek Smart who may literally try to murder people who say bad things about the new toy line."

"I have no idea what any of that is, but it sounds like it has huge margin in it." Sommers commented.

"Kid, you are a godsend. You may single-handedly save this company." Jameson began clapping and the applause quickly spread to the others gathered around the table.

Ben Bixby bowed and give himself a mental pat on the back for another job well done at Arlogeist Toys.