Jobs of the Future

If you listen to the mutterings of hippies around the country (and you know I do) I'm sure you're aware of the horrors of outsourcing. Windleaf, my town's particular hippy, tells me that, if outsourcing is allowed to continue, the United States will have a total of three jobs available in upcoming years and all three of them are going to involve subduing thousands of angry people who have nothing better to do than protest because they don't have jobs. I tend to take Windleaf seriously since he is one of the countless people affected by outsourcing (he lost his job over at Wanda's Novelty Gifts when Wanda got arrested for having trash bags full of pot she had outsourced from Mexico), and he obviously knows a lot about politics and shit since he spends all day on a blanket on the courhouse lawn playing banjo and rolling around in a mud pit he made with dirt and patchouli. 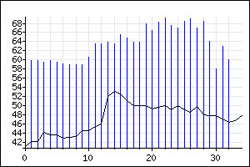 This image, which comes up when you GIS variants of At SA we admire community advocacy among anything else. If you can name a task more admirable than handing out lemonade at homeless shelter block parties or calling people and asking if they have some free time to hand out lemonade at a homeless shelter block party I'll gladly shake your hand before spitting in your face and calling you a liar. The corporations are out there taking all our good American jobs and people like Windtalker are still out their with their banjos, pulling things from the grassroots, man. The grassroots. Just don't say "grass" around him since he's pretty sure the FBI's wiretapped that green canvas bag he carries around and if he goes to jail again his mom's going to cut his tuition money.

Thus, in the intrest of community advocacy, we have taken it upon ourselves to compile a list of alternative jobs. Like CNN.com says, "The latest consumer inflation report cemented expectations that the Federal Reserve will raise the target for its short-term interest rate when it meets June 28-29.” If you know what that means stop reading this now because you have a cush corporate job up there with your fat-cat bigwig buddies, you paperpushing slime. Try to outsource these jobs.

Dog reverse training blackmailer. Since most parents work fulltime jobs these days, the demand for dog reverse training blackmailers has skyrocketed. Once a family has completely left for work, the ideal DRTB will enter the family's backyard and strike up a repertoire with their pet dog. After gaining the animal's trust, the DRTB will then proceed to "reverse train" the animal, teaching it incorrect commands such as "sit" to mean "viciously attack the person telling you to sit" and to shame the animal each time it defecates on a surface besides expensive rugs and carpet. After a month of reverse training, the DRTB should offer to cease his services once he receives a payment of $500.

Beer industry representative who bought a date stamp at Kinko's so he can break into your house in the middle of the night and replace all the "CONSUME BY:" dates on your bottles with times in the mid-1980s, therefore creating an overwhelming sense of paranoia that, by consuming these alcoholic bevridges, your testicles will shrink so far into your stomach that you'll be coughing up sperm for weeks.

Safety representative who tests various combinations of shampoos and conditioners to ensure some obscure mix of competing brands will not cause your entire hair to go up in flames. I had a deadly fear of this event occuring for the first 15 years of my life, and it only receeded when I discovered the fear of going to sleep and waking up with a colony of millipedes infesting my ear.

Attitude shirt designer who runs around with a little notepad and goes to places like basketball courts to get inspiration for Looney Tunes “Attitude” shirts. Often he will hear someone say something like “you don’t start none, there won’t be none," causing him to quip “now THAT’S sassy” and jot it into his little notepad.
EXAMPLE: (Overheard in a chocolate shop)
FAT WOMAN: The line here is so long.
HER SON: Mom, make them hurry up! I'm crazy when I don't get my chocolate!
(Shirt designer writes witticism down in notepad)

Confused Klan member who patrols Alaska beating up Eskimos because he mistakes them for Mexicans (employed by the Coalition of Light-Skinned Mexicans who hate Eskimos).

English major who scours archaic Old English texts for creative new ways to spell “faggot” and "nigger" so people don’t get filtered on Counterstrike servers and are subsequently unable to express their passionate distaste for both faggots and niggers. Also a good way to draw English majors to colleges so colleges can boast "200% more worthless majors than before".

Biologist who injects cans of Axe Body Spray and Tag Body Spray with incredibly strong deer pheromones because, honestly, there's no way on Earth a living, breathing female human being is ever going to approach the type of person who loves smothering himself in a cloud of semi-toxic fumes resembling the stench of a cinnamon lollypop submerged in paint thinner for half a decade. 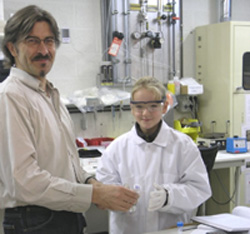 Well-groomed redneck job trainer who teaches be smug about jobs that, in reality, don’t require any skill or education. The course would be centered on police dispatchers, ambulance drivers, and people in the Army Reserve. Additional training would include lessons on how to act smug on the Internet, defending actual men and women working for the police force, hospital emergency medical staff, and military, who actually don't spend 80% of their work shift sitting in a plastic chair watching The Cartoon Network until their pager rings, at which point they turn it off and disappear into the bathroom for nearly two hours. Graduates of the course receive a free shirt with a picture of an anthropomorphic dalmatian flexing his bicep and growling “EMT Extreme” or “I Dispatch, You Got a Problem”? Often followed by a small, bespectacled man carrying a notepad.

Asian / Indian hippy who marches around with a bullhorn bitching about the constant “insourcing” of American jobs to his poor, rich country while sidestepping to avoid wandering cows and folks on their way to their jobs at Dell tech support.

Man who runs up to random people in public places and frantically asks, "DID YOU JUST SEE A HALF-NAKED MAN RUN BY YOU, HOLDING A POUND OF SAWDUST IN A BAG MARKED 'HUMAN KIDNEYS'?!?" Because that would be pretty funny if it actually happened and really, I'd like to know how many of these folks are out there.

Date helper friend who gives date advice to bumbling friends over a small earpiece, often resulting in comical misunderstandings that eventually result in true love or possibly a double homocide.

Guy who eats pork products for Jewish people and describes the taste before prefacing it with, "I know I'm gonna go to Jew hell for telling you this, but-"

Internet humorist who plagiarizes jokes from sitcoms and David Cross standup routines while giving "shoutouts" to his friends on MySpace. Ideal applicant must be skilled in embedding Youtube videos of John Stewart "absolutely humilating" a popular conservative.

Window salesman who breathes really heavy on your window and draws a penis and the words “FREE GAY SEX HERE” in the fog so it gets stuck there and you have to buy a new window off him. If you refuse to purchase a window, he actually engages in free gay sex with your existing window.

Evil pressman who reprints school schedules so it looks like school starts a day early then drives a fake bus full of kids to an underground concrete bunker where their internal organs are harvested for absolutely no reason at all.

Former field goal kicker to sock Will Ferrel in the nuts every time he starts to think he’s a real celebrity. Applicant may also perform the same job to Adam Sandler when he even considers releasing a film that's the exact same movie he's been making every year for the past decade.

Black dude wearing Blu-Blockers who scuttles in front of you carrying a boom box so he can play your theme music every time you walk in a room. Qualified workers must be skilled in gruffly parroting the phrase "make some room" and "back off yall."

Nelson impersonator for the world’s most boring corporate Christmas party.

Novelty birthday midget who hides under the clothes in your friend’s laundry basket and jumps out and yells “SURPRISE” right before he gets thrown in the washer and ultimately drowns.

Mall cop who cratches the “Not” off those “Skateboarding is Not a Crime” posters and then applies at the police station to be Chief Skateboard Catcher.

Former mall cop (fired for vandalism) who applies at the police station to be Chief Skateborder Catcher because the prison cells have become littered with arrested skateboards, while their owners remain at large.

Cement truck driver who pumps his truck full of sweets and fills the old quarry behind mean old Mr. Johnson’s house with delicious marshmallow topping so the bullies gain weight and aren’t able to pick on the fat kids anymore. In a "delicious" twist of irony, THE HUNTERS HAVE THEREFORE BECOME THE HUNTED. 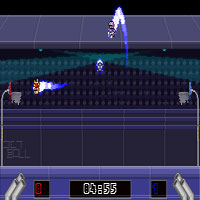 Job number 824: Jetpack superhero who chases a blob of pixels that vaguely looks like Zero from the Megaman games away from a basketball court.

Performance artist who goes to the filming sites for those “The Truth” commercials and cuts the loudest farts he can every time there’s supposed to be a “silent moment” in the commercial, usually around the time the protagonist reveals she got AIDS from walking by a man who once accidentally touched an empty pack of cigarettes.

Hippie at the park who goes and picks up your Frisbee for you when you miss a catch but threatens to use it as a dinner plate for lepers if you don’t give him $10.

Creepy old dude who oversees a run-down old gas station in the middle of the desert. He never sells anything -- instead, he waits for a family full of attractive, white American campers to come through and ask for a “shortcut” of some sort. Creepy old dude then directs said family right into a den of murderous rednecks and/or radioactive desert mutants, who will promptly dehumanize the women and kill all but one family member. Said family member will inevitably walk out of the desert in a blood-soaked shirt. High volume, high turnover job. Must be able to explain how you regularly receive shipments of fuel despite the fact you sell 20 gallons of gas every decade.

Collector who finds tons of old Coca-Cola memorabilia and Boyd’s Bears and Thomas Kincaid paintings and shit then smashes it all in the middle of town so he can collect all the old ladies’ tears and sell them to that pervert down the street that drinks old lady tears.

Techie friend who comes over and talks about “The Blogosphere” and “The Bleeding Edge of Web 2.0” until your grandma has a seizure so you can take her car down to the quarry and eat some delicious marshmallow frosting.

With these jobs in place we'll see a surge in the American economy and a marked decline in outsourcing. People in other countries might be able to fix your computer over the phone or put a television together, sure. They might have McDonald's and Wal-Mart and other big corporations lining their pockets with greasy American currency, but they'll never be able to capture the essence of the American spirit. Name another country where you could sing songs about your president being a stupid redneck vampire from the gates of Microsoft.

And can a bunch of Indians fill a quarry hole with marshmallows? I think not. Checkmate, motherfuckers.