Now that we have curved televisions in all our homes, it is easy to forget that in 1962, President John F. Kennedy inspired a nation and a world to dream of greater things than we thought possible. To dare us to picture our crisp 4K entertainment discs viewed on curved screens in the comfort of our own homes. Before Samsung, Sony, LG and all the other great American innovators, there was Kennedy and his pragmatic dream to curve the television. 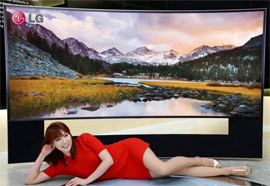 Ladies and gentlemen, distinguished members of the community, a few colored people, voluptuous women with special backstage passes, I come to you not with some big drag of a speech about rockets, but something much more fundamental to what it means to be an American.

I come to you today to talk about the television. Every American family worth the right to vote has one in their home right now. As with most things, America invented the television, but the first commercially-sold television was in Germany. It cost twelve million dollars and only Adolf Hitler was allowed to watch it.

Since that first television, which only had two channels and both of them were very, very bad, many millions more TVs have been sold. These units are larger, unless we want them smaller, and we even enjoy color televisions now so that we can see Jackie Gleason's sweat glistening on his face just as if he were in our living rooms. But other than that, the television has not changed a whole lot. A nation is clamoring for something better. Ladies and gentlemen, I come to you today to tell you that the lack of change...is about to change. 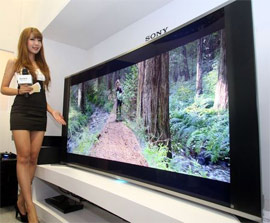 I have asked all of our most intelligent men to gather with a few women who will bring them coffees and begin developing a television that will change the way we watch things in our home. No, not a 3D television, those will turn out to be pretty lame and gimmicky so we will not shift our nation's resources to 3D televisions. We will do something better. So much better that nobody even thought to want this at all. But they'll definitely want it when we show it to them.

Before the year 2014 we will curve the surface of the television in our homes. We will make our televisions concave, not because we want to, but because we have to. 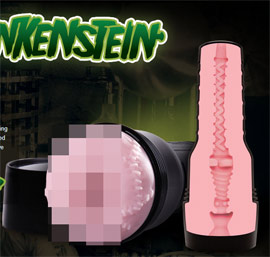 Also we want a rubber sex pussy made to look like Frankenstein. And our top men are developing this right now in a secret laboratory. With knowledge gleaned from treating wounds in the Korean war they believe they know exactly what Frankenstein's sex pussy would look and feel like if he were a she and they are going to make that and sell that to relieve some of the family man's tension.

We are also going to figure out a way to make a cigarette that tastes like peanut butter and isn't actually smoke. It sounds implausible, but a little something called the aqueduct sounded pretty implausible to Julius Caesar. The pizza sounded odd to Nero. The jet airplane sounded downright crazy to our Founding Fathers. Implausible is a word we assign our dreams to make us forget them. So let's resolve now to remember this dream. A dream of a smokeless, perhaps electronic cigarette that tastes like peanut butter.

We choose to curve the television in the next five decades and do the other things not because they are easy, but because they are hard, because that goal will serve to organize and measure the best of our energies and skills, because that challenge is one that we are willing to accept, one we are unwilling to postpone, and one which we intend to win, and the others, too. We dream of inhaling the American fruit of peanuts while we watch Boris Karloff lurching around on our curved screens. We dream of watching him destroy that laboratory and kill his creator while we put our dicks in a rubber sex pussy version of Frankenstein. 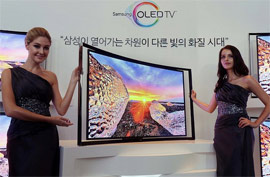 Many years ago the great British explorer George Mallory, who was to die on Mount Everest, was asked why did he want to climb it. He said, "Because it is there."

Well, televisions are there, and we're going to climb them, and Frankenstein's vagina, well it's not there, but we can conceive of it, and the same with peanut butter cigarettes and all the hope for knowledge and peace.

And, therefore, as we set sail we ask God's blessing on the most hazardous and dangerous and greatest adventure on which man has ever embarked. We're going to curve those TVs.

For more inspirational speeches about curved televisions, you can follow Zack on Facebook. Or check out his new short fiction, Phrasebook.