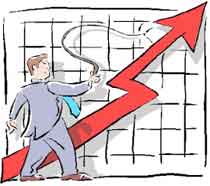 This guy is whipping the market into shape. Economists live a lifestyle that you and I could only dream about. Their days are filled with fast cars, fast women, and an unquenchable thirst for the blood of innocents. But behind that rock star-like profession lay a mysterious system of markets that few people understand.

Most people my age were not taught economics until their senior year of high school. Consequently many high school graduates enter the workforce or college with no real idea on how markets work. I sure as fuck can’t make heads or tails of it.

That’s why I’ve decided to fill the gap and write a no-nonsense, simple to understand guide on the key principles of economics that even someone who spends most of their time playing Maple Story can understand. It’s about time you nincompoops learn something about our market system or I’ll slap you with the invisible hand!

The "invisible hand" (no not the 1920 western directed by William Bowman and starring Antonio Moreno as John Sharpe, a.k.a. “The Needle”) is a fundamental economic concept first coined by legendary economist Adam Smith.

If I should have an invisible hand I might use it to lift up women’s skirts while they are not looking. Should they accuse me of any wrong doing I shall proclaim, “But madam, I have no hands.” But I do have hands and they are invisible.

It’s simply the invisible hand at work! Consider the price of the Chobits Volume 1 DVD. Chobits currently sells for $26.99 per volume, or roughly $9 per episode not including tax (how tax rates affects sales of Chobits DVDs will be covered in my next update).

High demand and high price gives Pioneer the incentive to create more volumes. Consumers will pay the price only if the value of each additional episode, its marginal value, is worth at least as much to you as the price and if it comes with a kawaii (cute) wall scroll.

If the demand for Chobits decreases, and I doubt it will, retailers will experience a surplus inventory of DVDs. The invisible hand will move the price down so that more DVDs are sold and supply once again matches demand.

Let’s consider the book I’m lifting ideas for this update from. It’s called Common Sense Economics: What Everyone Should Know About Wealth and Prosperity. The amount of text I lift from the book places a cost on the publisher of having their work plagiarized. If the marginal cost of each word plagiarized exceeds the marginal benefit of the next person that clicks the link and is exposed to their book then they decide to sue me. 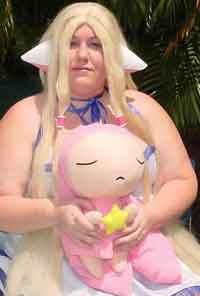 Thanks. I love Chobits.

Because there are only a limited number of resources on Earth, we must divide up these resources in the most efficient way possible in order to satisfy some of our limitless wants.

What if Chobits DVDs were completely free for anyone to order? People who don’t even like Chobits would order them because there would be no incentive to not order them. I would order them and chuck the discs at cars because my need to chuck shit at cars is virtually unlimited.

Price acts like a barrier to participation. Chobits’ $26.99 price tag keeps people who don’t like anime from taking up scarce Chobits resources, and allows those who really want them to purchase them. Because I don’t know what Chobits is I have an incentive to not give Amazon.com $26.99 for a copy. The incentive is that I get to keep my money.

The Chobits market is just one of many efficient and neatly organized market systems that illustrate the principle of scarcity.

Economics assumes that people act rationally, that is, in their own best interest. This principle doesn’t quite apply to people who spend most of their time online. There simply isn’t a

in the first place. When it comes to managing the scarce resource of time Internet folks are the worst of all.

That’s why they get duped into taking surveys in the hopes that they’ll be sent a free ipod or a check. There’s no scarcity of opinions on the Internet so your dumb opinions don’t have any value. They want your email address, dummy. The penny they get for it is more valuable than anything you have to say.

Many people who use the Internet are actually normal. They were scammed into paying 3 grand at the Apple store for something they only use to check to see if grandma sent them an email. They aren’t staying up until 3am reading about Sonic the Hedgehog on Wikipedia.

Rational people make decisions at the margin. Internet people never even knew there was a margin to begin with. I’d explain the economies of experience points and gold pieces, but that would be about the most useless exercise ever.

“What is the opportunity cost in terms of levels gained if I go to sleep right now?”

Well guy, I’d say hit level 48 tonight because you sure as hell have nothing to wake up for tomorrow. When you’re talking about people whose most valuable possession is a level 60 wood elf ranger I don’t think opportunity cost ever comes into play.

“If I keep playing I forego all of the possible sex I could be having right now.”

I think you can relax buddy. Just keep playing.

Trade Can Make Everyone Better Off 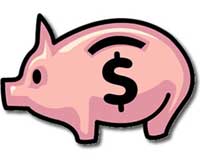 Let’s take two Internet users that pirate games and movies. In an 8 hour period dBz~BaLLaZ6969 can rip 32 Xbox ISOs (his older sister works at Blockbuster and can get ALL the rentals she wants for free because she’s employee of the week) or record 4 movies directly off a theater screen.

DarkRiku87 can rip 8 Xbox ISOs or record 2 cam rips (he gets nervous and shuts off the camera when the usher comes in and also pisses himself).

At first glance it seems like dBz~BaLLaZ6969 doesn’t even need DarkRiku87. If he split his time evenly dBz~BaLLaZ6969 could come away with 16 ISOs and 2 cam rips. But watch as trade makes both of these pirates better off.

To find out who should produce what we have to figure out what the opportunity cost of producing these two goods is. For dBz~BaLLaZ6969 he must give up 8 ISOs to get 1 cam rip. Inversely, he must give up 1/8 of a cam rip to get 1 ISO.

Here is a graph that illustrates this concept in plain detail.

As you can see both pirates come away with 2 more Xbox ISOs than they would if they did not engage in trade. Although it isn’t quite what economics textbooks had in mind and it’s highly illegal, you can plainly see that 15-year-olds who can’t get their moms to buy them video games and movies are better off from trade.

Too Often Long-term Consequences of an Action Are Ignored

Too often the long-term consequences of an action are ignored. These consequences can also be called negative externalities. This too can be applied to the consumption of anime.

Recall that the first law of anime is “Anime is gay”. Adam Smith later built on this theory and created the second law of anime which states, “You are gay if you watch anime”.

Usually the cost that anime fans place on the rest of the Internet does not exceed the benefit to the users. Basically we tolerate their shit. But occasionally anime fans get way too gay. Once again the invisible hand moves into action.

We hope that this guide has helped you understand the world you live in a little better. If I can just reach out to one person, and that person gives me a million dollars, it’ll all be worth it.