20 Sentinel of Drowned city shews explorer secret method to change state of animals to render them evil. Gas Badger and Liquid Skunk most evil of all.

21 Philanthropy traces Metal Gear Gack to the hold of a black slave galleon of the moon beasts in the dreams of a racist New England gay man.

27 A nanomachine does something - an evil cat - President Metal Gear??? 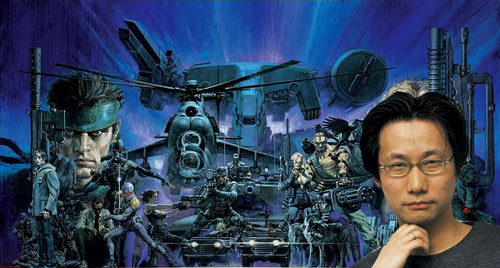 31 Cigarettes give health - or do they? - automatic M rating

33 Man gets up during Metal Gear cutscene to fix snack, returns to find himself in cutscene being watched by Metal Gear

35 Solid Snake receives newspaper from one year in future - Metal Gear Patriot Wins Presidency! - attempts to change future only further it at each step - manipulated by brainwashing - actions controlled by WOLFPUPPY - mini-game a metaphor for military-industrial complex - virtual reality within virtual reality - actually Raiden - actually it's you and the game is playing you - controller begins to slide up your thigh - Metal Gear touches your boob