An Open Letter to the Broads Working in My Mine 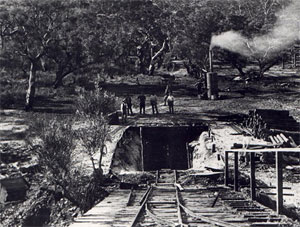 A perfectly wonderful job environment.Once upon a time they called me crazy. They did! They called H. A. Harmchild a madman! They said dames were too irrational to work in mines. They don't like hard work and their hands are far too soft for the terrible demands of mining, they said. Oh, those dames don't like getting dirty, they said. I said they will if I tell them there are diamonds down in those holes!

Worked like a charm. The men were off fighting the Great War, and the broads were down in the pits looking for diamonds all while carefully fetching my precious coal. And broads work for a lot less. They didn't know anything about numbers, so I paid them next to nothing.

Besides, that was '42, the year of the national feral snake surplus, which caused the nationwide orphan shortage. I would have filled my mine up with orphans in a heartbeat, but they were so scarce and valuable that they had the nerve to demand real wages. No way was I giving those parentless wretches room and board in my mines and paying them.

So that's when you broads came in and kept coming in as the years passed. This arrangement has worked out for the past sixty five years. But I think it's time for a change. You skirts are getting nervier than ever, and your attempts to organize make me want to dynamite the whole mine and leave you trapped beneath the smoldering rubble. Too bad liberals these days would raise a stink.

Oh, you say that I am being unfair, that many of you work grueling hours for unfair wages. Well, see here, missy, I'm the victim in this matter. You say that I am a monster and that I like to punish people unfairly. You say that I resist progress and continue to embrace methods that are as cruel today as they were in 1907. I ask you to slander me such while hanging from a noose made out of live snakes above a vat of lye. Not so loose with your indictments now, are you?

In recent years you have demonstrated an ornery spirit that I cannot tolerate, no doubt spurred by the loud mouthed feminists of the west. In an age when orphans are once again dirt cheap, I simply will not abide insolence when I can bring in derelict children by the boxcar. In fact, I am. I've been buying up orphans from every state and I plan to put them to work. It will be like the old days again. Tiny little hands picking coal out of the rocks and sending it up for me to sell. If one of them gets injured, well, off to the pile they go. There's another bright and shiny one ready to blacken his lungs with the soot of honest living.

Oh, you're not following me, doll face? You're all fired. Why? I don't owe you an explanation, but I will give one anyway.

Chief amongst your crimes is the recent attempts to emasculate my wolves. I starve and release these flesh-hungry beasts to pick off the weak links in my mine. This includes orphans and dames who lack the dedication to fight to keep their jobs. Workers will either die by wolf, or prove themselves efficient by killing the beast and immediately getting back to work. Yet instead of coming out with mangled human limbs clenched tightly in jaw, my wolves come out with ribbons around their necks! Because of this great offense, I have had to put down half a dozen wolves.

Oh, believe me, my Cossack enforcers did not relish smashing in their heads with rocks, but it had to be done. These once great beasts cried and whimpered like little puppy dogs, robbed of their dignity and seething hatred for humanity. Robbed by you! Believe me, I admire the wolf. I admire the hate that burns in the wolf heart and envy its advanced olfactory senses, enabling it to sample the full aroma of human fear.

I purchased these wolves to teach the workers of my mine the consequences of failure. You have in turn projected your failures and weakness onto them. If you could find more coal half as good as you find compassion, you might still have a place in my employ.

But then I should expect no less from such a collection of whores. I have watched with great disdain as you have attempted to turn my mine into a brothel. Oh, you play innocent! But I see how you tempt my Cossack enforcers and the few male workers of my mine with your lurid makeup and exposed forearms. I shake my fist and tell you this: the mine provides all the makeup you need. If you aren't caked in soot, then you aren't working hard enough! 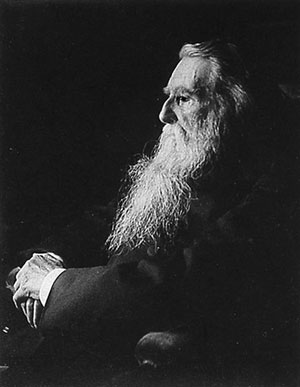 H. A. Harmchild, Age 129Just yesterday I witnessed Old Grady wiping sweat off his brow and biting down on his lucky rock in desperate attempt to suppress the wild urges you so callously invoke. A man of his lingering age should not be enticed as such, for he is liable to have a heart attack. Grady has been a loyal worker ever since I saved his life from a deranged Spaniard in the Battle of Las Guasimas. He's lived too long and hard to die in such a shameful way.

And don't think that I haven't noticed you neglecting your duties to mother the orphans I own. I bought those orphans fair and square, and it is my decision alone how they should be raised. I do not pay you to silence their cries or give them emotional support. I pay you to collect coal. The last thing those orphans need is mothering or the faint glimmer of hope leading them astray from a perfectly respectable childhood spent entirely underground.

With that, I hereby terminate your employment. Please do not ask for a letter of reference. There is nothing nice I could possibly say about any of you.