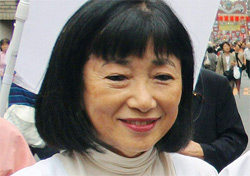 Read a political website or watch the news and you might get the idea that US President Barack Obama is an alien from a very distant and very Marxist planet. It's not that pundits think he's an alien, they just don't get why he can't prove that he is not from Pleiades by releasing his Planet Earth Citizenship Card! What does he have to hide?

Obama isn't the only world leader terrifying countrymen with potential otherworldly associations; incoming Japanese Prime Minister Yukio Hatoyama has earned the nickname "ET" because of his strange demeanor. Unlike Obama, Yukio Hatoyama isn't trying to hide that he's an alien.

He's even married to one! His wife, Miyuki, claims she visited Venus on a triangular spaceship.

In a book titled Most Bizarre Things I Encountered Miyuki Hatoyama describes strange events including her 1970 abduction and visit to the surface of Venus ("extremely beautiful and very green") and a past-life friendship with actor Tom Cruise ("He was Japanese in his past life"). She also thinks she is making a film with Tom Cruise even though they have not met outside the context of a past life. 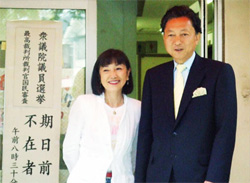 "I will win the Oscar for sure. About seven years ago my husband Yukio said to me, 'Yeah, yeah, that's a nice dream ..' but these days, he encourages me and he sits at his computer translating the script into English even though he is tired after work."


That is a real quote from the real Miyuki Hatoyama, wife of the Prime Minister elect of Japan, saying when her husband gets home from being the leader of Japan he translates a movie script into English so she can star with Tom Cruise and win an Oscar. 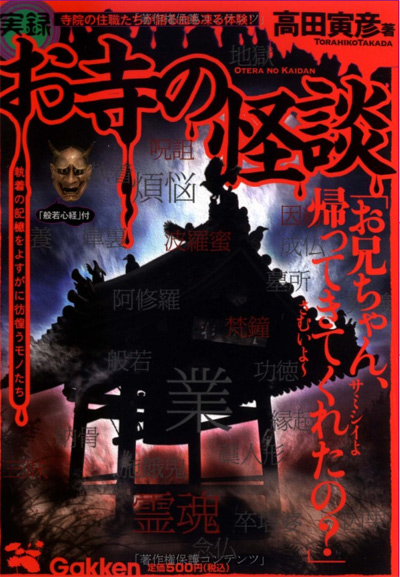 With a little help from some fan translators we have pieced together a few excerpts from the book. I warn you, some of the things Miyuki has encountered are very shocking.