This article is part of the Forgotten Origins Of Comic Book Characters series.

In each installment of Forgotten Origins, we present your favorite comic book characters as they truly appeared in their debuts, before generations of refinement and retconning. The results aren't always pretty, but they never cease to fascinate.

Superman: The Man Who Hates Chains 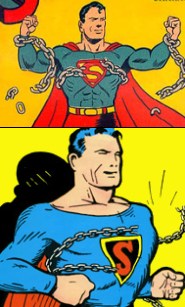 Superman's origin has been drilled into the subconscious of American pop culture. Baby refugee from a dead planet, raised by the Kents, a paragon of justice whose incredible powers are fueled by our yellow sun, no strong feelings about chains.

As it turns out, that version of the character was a revision. The first Superman was altogether different. There was no super speed, no leaping over buildings, no x-ray vision. There was simply a man, born on Earth, with a borderline irrational hatred of chains.

Action Comics #1
When a dastardly bank robber holds the mayor of Metropolis hostage, Superman leaps into action, breaking into an unguarded tool shop and angrily dismantling every chain he gets his hands on.

Superman: The Man Who Hates Chains #14
Clark Kent's secret is nearly uncovered when Lois asks him to hold onto her favorite industrial chain. 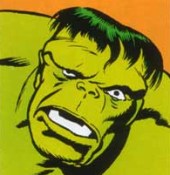 Hulk has remained largely unchanged over the years. He has always had the modern day Jekyll/Hyde thing going for him. When angered, he has always turned gigantic and (usually) green. Originally, however, he didn't smash puny bad guys so much as he yelled at them at great length, with surprising eloquence.

In place of action-packed superhero battles, each confrontation involving the Hulk played out like a three hour wrestling promo cut by a roided-out Dennis Miller.

The Incredibly Verbose Hulk #7
In this 183-page special, Hulk sits a U.S. army helicopter down and explains in great detail what it did to anger him, why he felt the helicopter's actions were uncalled for, and exactly what he would like to do to the helicopter with his superhuman strength.

Tales To Astonish #60
When Dr. Bruce Banner enters a boxing tournament, things take a surprising turn as Hulk emerges at the opening of the first round! In the following action-packed pages, The Incredibly Verbose Hulk describes each and every blow landed by his opponent in pulse-pounding prose! Guest starring Muhammad Ali and The Monkees.

What If? #3
The world's most creatively speculative comic turns its eye to our green hero, asking a poignant question: What if The Incredibly Verbose Hulk had a megaphone? 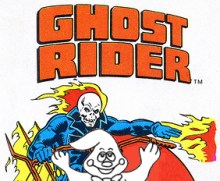 Johnny Blaze made a deal with the devil, but it turned out to be a mistake! The motorcycle-loving bad boy was given great powers, but was also turned into a demonic being with a flaming skull for a head.

Now he is forever bound, not to a badass hellish motorcycle, but to a ghost which gives him piggy back rides.

Marvel Spotlight #5
First appearance of Actual Ghost Rider. Second appearance of his catchphrase "It's better than a scooter! Because I don't have to buy gas!"

Actual Ghost Rider #31
In this very special Actual Ghost Rider, tragedy strikes when a deer jumps in front of the ghost, leaving it no time to avoid the collision. Guest starring Dick Van Patten and The Monkees. 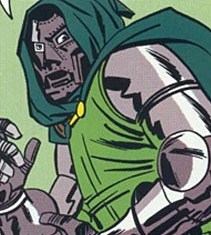 We all know Doctor Doom as the most iconic nemesis of the Fantastic Four, the disfigured genius whose cunning is matched only by his ruthlessness. In the beginning, however, Victor Von Doom did not pursue a doctorate. Much more interested in interacting with his patients than managing cases, he took the route of becoming a male nurse.

The resulting ridicule fueled his anger, adding a layer of depth to his tragic journey to villainy.

Fantastic Four #5
After a failed attempt to kidnap the Mostly Invisible Woman, Nurse Doom flees into a theater packed with doctors. Just when it seems as though the dastardly villain has slipped away, Reed Richards asks if anyone is a doctor. In mere moments, Nurse Doom is the only person remaining seated.

Avengers #28
In his most devastating appearance yet, Nurse Doom tests Private America's blood and discovers heartworms.

Comic book history is constantly being rewritten. Your favorite characters have gone through countless iterations, their true origins long forgotten. Until now.