This is a Financial Industry of Whiners 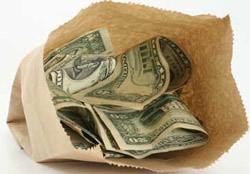 A Fifth-Third branch prepares to close its doors.When I opened the New York Times today I was surprised to learn that Merrill Lynch is about to be bought out by Bank of America for a pittance. It reminded me of what happened to Bear Stearns recently. And how the American taxpayers are bailing out mortgage giants Freddie Mac and Fanny Mae.

I read on and learned that Lehman Brothers, A.I.G., and Washington Mutual are all complaining about the red on their balance sheets. They think they're going to "fail." With all these financial institutions whining it would be easy to buy into the headlines and think something was wrong with our economy.

My reaction: "Suck it up, pussies!"

Wall Street is overrun with whiners. It has become one of those inflatable bouncy rooms, only tragic, and all of the babies in babytown are crying their eyes out in there. While our economy flourishes and has never been stronger, according to the GDP, these clowns are smearing their mascara all over their faces.

"Waaaaa," they cry. "We invested all of our money like jerks! Waaaaa we took too many chances. Waaaaa we shouldn't have given 5,000 mortgages to unemployed teenagers." 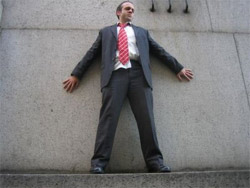 Wall Street loves melodrama. Let's hope that's an imaginary 110th floor he's about to hurl himself from.And I say, "It's all in your heads!"

You and I and anyone with a 1st grade education in economics 101 know what is going on. This is not some real recession. There isn't real money on the line. This is a virtual 2.0 recession imagined on the fiduciary holodeck.

How many giant stacks of money do you think Merrill Lynch or Washington Mutual really were moving around?

Companies like that have these special silver-plated modems that periodically dial up payday loan places in towns like Flint, Michigan when some single dad with cancer and hooks for hands wants a loan. Five minutes later he walks out with $400,000 to buy a new house. And the house sucks and is really only worth about $200,000 because everybody is getting loans to buy houses. 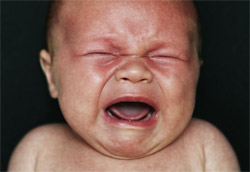 Waaaaaaaaaa! Everything is falling apart! Waaaa! The US economy is collapsing!They are virtual loans. Phantom loans. For your phantasmogoric house. With spectral marble counter tops on the kitchen island. Counter tops that you worked and saved for years at your ghost job doing spooker labor to finally buy.

I'm sick and tired of all these banks crying and moaning about "failing this" and "collapsing that." What they need to do is zip their lips and boot strap that problem. That's the American dream, my friends. The American way!

It's just like when you go to Best Buy and you max out all of your credit cards buying 800 feet of Monster Cables for your Gamecube. You don't have to really pay any of that. It's fake money. Not real money. It's called "credit."

If you can't afford to pay credit back then, well, that's cool. There's always the American taxpayers. We'll step right in for you, buddy. No problem. Hey, go ahead and buy another 100 feet of cables. You might want to insulate your cat's canoe with them. 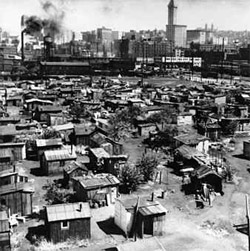 The consequence of over-regulation: a Pelosiville springs up.To be fair to the banks, there is one real problem at the root of all this virtual heartache: over-regulation. Some real heroes like former senator Phil Gramm have done a lot to give banks and Enrons the freedom they need to exercise their American rights as corporations.

Unfortunately, certain people in government think that regulators should be peering over banker's shoulders. These big-government commies want nosy regulators snooping around to see just what is in the "books" and what all those "numbers" and "trillions" are about.

There aren't any regulators anymore, but they could "mount up" again at the drop of a hat. This could cause the worst possible scenario for a bank. Worse than failure! It's called "oversight" and it means the bank can't do any fun things anymore like give loans to dead family members, dogs, or imaginary clowns.

Banks are so fun and creative and love to use their imaginations. Oversight would stifle their creativity terribly.

When these sorts of hysterical fits strike our nation's financial industry people like to assign the blame to someone. It's obvious this whole thing is blown out of proportion by the Chicken Littles on Wall Street, but if I have to point the finger at someone it's easy.

It's all your fault. You didn't believe in them hard enough. If you don't believe in a bank with all your heart it might just stop believing...in itself.