Quick "Save Some Soldiers" Update

The Lawrence Journal World in Lawrence, Kansas ran an article on our fundraiser. I'm glad to get a little publicity for the donation drive, but I'll be much happier when GreenMeat sends me an e-mail telling me he just opened a box of armor plates. Currently I am waiting on Paypal to complete a fund transfer so I can get cashier's checks for the armor purchases of 40 and 22 plates. The FINAL donation total is$20,787.37

If you wish to continue to contribute, hang on to your money and stay tuned for an address where you can write or send care packages directly to GreenMeat and his unit.

Sign of the End Times #428: The Osbournes Family Christmas 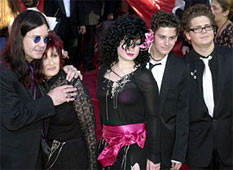 Arise dark ones!Ready yourselves my disciples, for the day draws near when we shall rise from our hidden covens, our subterranean chambers, and unleash the wrath of our apocalyptic might upon an unsuspecting worlds. The stars are moving into alignment, it can no longer be denied. When the great protector, John Ritter, fell on the set of his hit TV show many of our scholars and seers suspected that the final battle was at hand. With the coming of the black swarm, the second sign has been revealed to us in the form of "The Osbournes Family Christmas" special on MTV. There is no lower step for mankind to take.

There are skeptics among us, and while they will of course be the first to feel the hot irons in the post war blood bath, their concerns are not without merits. False signs have appeared before, and many devoted followers of the path have been slain in abortive attempts to bring about the end of all things. I will now enumerate and address the concerns of the less faithful in our flock that "The Osbournes Family Christmas" might not actually be a harbinger of total ruin.

1. Was the blood of the calf spilt upon the flagstone of Zion?

Yes, Ozzy Osbourne and Jessica Simpson made cookies. There can be no doubt.

2. Did the smiles of children become as the leering rictus of the sepulcher?

Indeed. Tracy Morgan appeared as Santa Claus and he was so devoid of comedy that joy was actually sucked into televisions across America and distilled into seething low level race hatred. 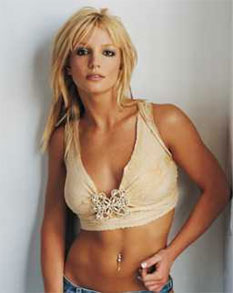 Chromosomal disorders can be attractive to some men.3. Did the harlot lie down with the wren in a nest of thorns?

While Ozzy could only loosely be considered "the wren" there can be no doubt that "the harlot" is none other than sloppy mongoloid succubus Britney Spears. During the opening of the show she lures Ozzy into bed with her.

4. Did battered trumpets of holy crusaders sound the rising of the beast?

Correct! Ozzy Osbourne and Jessica Simpson sung a duet of "Winter Wonderland" that rendered the entire viewing audience infertile and conjured the great dragon that waits dreaming beneath the sea.

5. Did the noble and holy profane the name of their God?

Once again, yes! Triumph the Insult Comic Dog appeared on the Christmas Special and was instantly transformed into a glowing mass of anti-comedy. Whether it was proximity to the unsealing and pouring out of the fifth vial of hilarity or it was just a sort of creeping disease of the glands is irrelevant.

Our dark assemblage sort of endorsed Ozzy there for a while, but MTV has transformed him into an edited together heap of verbal gaffs and palsied quivering for the amusement of teenagers who idolize his hideously spoiled and mewling litter of Anglo-maggots. When the day of reckoning arrives we will split them down their plastic seams with box cutters and bathe in the hot slop of their internal cavities. I will wear Sharon Osbourne's tanned colon as a crown and wash my hands in an ivory bowl made from the lower half of Jack's skull. Ozzy will consume the roasted hogskin of his daughter or he will be boiled in a cauldron with the stripped bones of his pampered sewer spawn.