I'm Not a Hick

I'm not a hick, you know. I'm not some country bumpkin you can push around. You can call me all the nasty names you want: a yokel, a rube, a hayseed; I've heard them all. It doesn't bother me. I may be a little rustic. Maybe there's some dirt under my fingernails. Maybe you're not used to seeing a man with a rooster on a leash, but you're no better than me. I wasn't born in a log cabin. I was born in a hospital, just like you. And I'll have you know that log cabins are very practical. Many great people lived in them. Abe Lincoln grew up in a log cabin, and it wasn't even nearly as big as mine. 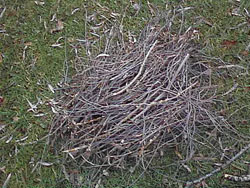 I may not come from a big city, but that doesn't mean I'm not cultured. Go ahead and say it: I come from the boonies, the backwoods, the hinterlands. Plenty of small-town Americans like me have gone on to great things. I'm not a hillbilly. I wasn't raised out in "the sticks." There were a lot of sticks, sure, but it wasn't all sticks. Many, many sticks, though. I still have some of the sticks, and they're great sticks. What is it that you city people have against sticks?

You cosmopolitan city types are all the same: you look at one little feature of a person, and you stereotype them. Yes, I happen to be holding a turnip. This is one of my everyday turnips, and it has nothing to do with any sort of turnip commerce that might require a truck. Go ahead, call me a yokel for growing this fine turnip. I know you think agriculture is beneath you. Call me a yokel for my honest toil, for growing this gleaming piece of produce in an irrigated porcelain basin in my home that I later found out was for something else. We all make mistakes; at least mine are edible. Think about that.

Yes, it's a straw hat. I guess you find that pretty funny. I guess you'd say, "the clothes make the man." Well, sir, I don't buy that. That's the kind of capitalist cliché invented by the fat-cats to reinforce the hegemony. Einstein wore the same clothes every day, you know. He had a whole closet full, all the same. He had enough on his mind without having to think about how to dress, and that's a philosophy I can subscribe to. See, I even took it one step further: one garment. Yes, just the overalls. Not a whole closet full, either. Just this one pair. I take them off to sleep, I put them on to bathe. When they need mending, I mend them. I guess you could say I one-upped old Einstein. That three-piece suit doesn't make you so smart after all, does it?

Sure, call me a "hick," if a hick is someone who doesn't base his life on material things. In that case, I'm proud to be a hick. Look at you, with your Italian leather briefcase. What do you have in there? Anything that makes your life better? No. Just things that you don't need, things that tie you to your job and make you miserable. You see this? This is my bindle. No, I'm not a hobo. The fact that I enjoy the economy and practicality of the bindle, one of mankind's most reliable inventions, does not make me a hobo. Does your briefcase make you a lawyer? Of course not.

Oh, you are? Well, fair enough, but your briefcase didn't make you one.

This bindle has everything I need. Some pumpkin seeds, some old light bulbs that I sell to the tungsten man for scrap, some extra wheat stalks for my dental upkeep, and a few potaters. Yes, go ahead, laugh it up. That's very mature. Yes, I pronounced a word differently than you, but maybe your accent sounds funny to me, have you ever thought of that? 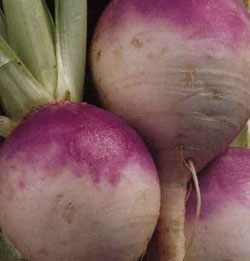 Believe me, sir, it's a two-way street. You can laugh at my accent and my country ways. You can accuse me of having no teeth and marrying my cousin, but those things are plainly not true. Back home, people say that city people wear tiny short pants under their regular pants, and it turns out that it's true. Care to deny it? No, I didn't think so. They also say you use a fork and knife to play chess, and I wasn't so sure about that one. Having met you, I'm starting to think it may be true.

I'll say good day to you now, sir. I wish I could say it was a pleasure to meet you. As you lie awake tonight wondering why your fancy robot wife and your hundred-dollar socks aren't bringing you any happiness, I hope you'll think of the man you laughed at, the man with the ruddy cheeks and the bare feet, the man with the turnip and the rooster. I hope you'll say to yourself, "maybe I'm the hillbilly."