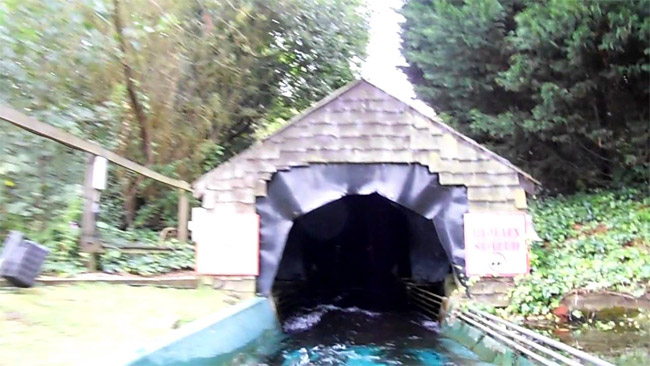 I am in a Tesla Model X, behind a storefront Elon Musk plans to use to sell t-shirts and hats that say "I RODE THE WET MILE!" The phrase refers to the mile of test flume dug almost a hundred feet underground through an earthquake zone. This is Splashmore Station. The Model X, which is playing The Little Mermaid's "Under the Sea," pulls up to a place about the size of two standard parking spots and stops. People dressed like lumberjacks - flannel and overalls with those hats with the floppy ears - surround the car. And they get smaller as the car starts to slide down a ramp. They're not actually getting taller, this is just an optical illusion created by an object moving away from me and I am describing it like I am a baby.

"That's why it's better / down where it's wetter," sings Sebastian the crab as the music fades out.

We descend into the earth and soon the tunnel is partially submerged. It's as if the Model X is driving on water. It's so incredible, a whimsical touch from Elon Musk that eternal prankster. The Model X begins to accelerate, but not too fast, as we need to be able to see the alligator that seems to lunge out at us snapping its jaws, and the cartoonish statues of native tribesmen hiding in fake bushes. Then we are traveling up and the Tesla is being pulled along some sort of chain lift.

"What goes up, must come down," explains a voice from a speaker hidden in some more reeds. A fake hippo startles all of us in the car as it seems to charge out at us and then stop short of the track. The voice continues, "Unless it's my personal Tesla Car which I put into space!"

Maniacal laughter followed. We seem to reach the top of a hill underground, which is a strange sensation to be sure, and then suddenly the Model X pitches forward and we seem to be hanging over a waterfall. "Going... dooowwwwwnnn!" Elon cackles over the speaker. 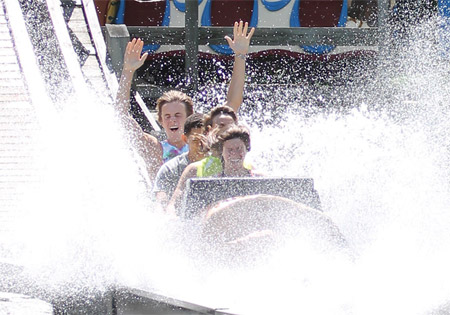 The Model X is released from whatever is holding it and we plunge down the watery flume. Water sprays the windshield and fountains out in all directions as we emerge from the tunnel and into the California afternoon. A crowd is soaked by the spray from our arrival, another hilarious twist by that Loki-like dreamer, Elon Musk.

It only took us 9 minutes to travel a mile, not counting the time to load the Model X into the log-shaped carrier. This is a dramatic decrease in travel time compared to the worst traffic in Los Angeles. Will it work? Is this an ego-driven, wasteful, insane, idiotic idea? I don't know, I'm just here for the free hat that says, "I RODE THE WET MILE!"