Things to Scream at People From Your Car 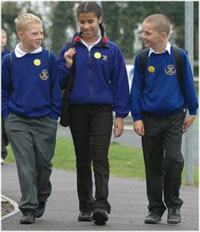 Yep. Guess it's genetic after all. Children on Sidewalks

Back in the day when I was a kid, I didn't have to walk anywhere. Even on Halloween my dad would take us door-to-door in his Charger and lay on the horn so we wouldn't have to say that faggy trick or treat bullshit. And when I walked my dog Scarface (his face is okay and that's just a name) back when I first learned how to drive I got an extra long leash so I could sit in the car and Scarface could run alongside me as I coasted up and down the hills of the neighborhood. Man I miss that dog. So what are children going to learn about why driving is so important unless I call them faggots? Nothing that's what. Sometimes I feel bad for the parents about having such faggy kids that they won't even ask for a ride to the ice cream truck. I even told Ashleigh that when we have a kid (chill out, not until I get my sports medicine degree) and it's a fag I'm leaving her. No bones about it. I'll make sure everyone knows, too. Love ya babe. 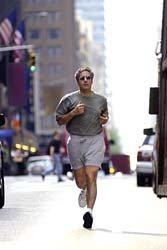 "Hey look at me! I'm a big queer who can't afford a gym membership. Let me crowd up your sidewalks with my gayness!" This is not what I say but what joggers say. People ask me why I get mad when there's people on the sidewalks and I tell them this: sidewalks aren't for people to walk on, they're to protect your car from hitting buildings if you go offroad. And let me tell you that sidewalks have saved my ass plenty of times, especially when I try to drift (shut up James). So why should crushing some sweaty asshole give you a charge of vehicular manslaughter when you're just using sidewalks the right way? Ask my brother, Tyler. You know how much he paid for a lawyer? 750 bucks! Let me tell you my dad was not happy when he had to fork that over. And now some dicks keep putting gay flowers and shit on where it happened. I'd turn them in for littering if I wasn't such a nice guy. 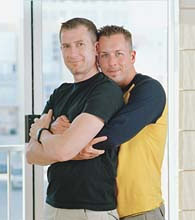 This must be from a movie or something. Male Homosexual Couples

Seriously guys. I don't think I've ever seen this.

Boy that dog on there sure was funny.

Time to do some more street research. Derek out.