Nintendo: Put Dino Riki in Smash Bros. or I Will Take My Own Life 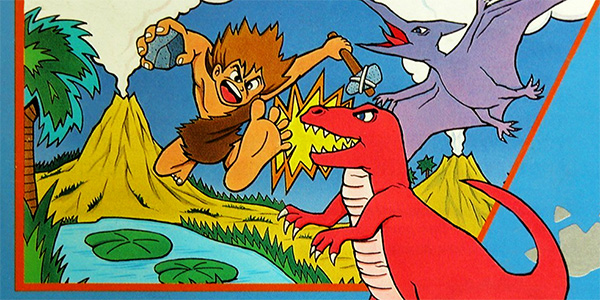 Well folks, I don't know what to say outside of "Nintendo has done it once again." Pissed me off, that is. Now, I'm not exaggerating when I say I have been a fan of the Smash Bros. series since day one. Though some of Nintendo's character choices for this fighting game series always struck me as a bit odd (Mario?), I knew it would take them more than a few sequels to include some of the best ones. And yet, after another Smash Bros. game reveal, I found myself kicking an additional hole in the drywall I reserve for this reason alone. Nintendo, where the FRICK is Dino Riki!?

Go ahead and laugh at me. I'm used to it. All of you fake gamers out there excited over your Links and Pokemon have absolutely no clue how important Adventures of Dino Riki is to Nintendo history. When I think of Adventure of Dino Riki, I think of three things: the stellar graphics, the amazing soundtrack (that's seven minutes of original music), and the wildly compelling characters. Also, the fact that it and a black and white TV with the channel knob broken off were my only source of entertainment for three weeks one summer when I locked myself in the basement on the day I was supposed to go to camp, and my parents left for a European vacation. That month, I truly discovered the wonders of Dino Riki and that the juice in the canned beet cans is better than the beets themselves.

Mr. Sakurai-sama, creator of the Smash Bros. series, I may have to resort to calling you Mr. Sakurai-san after this latest debacle. Please note I am currently on minute 51 of a hunger strike in my adult-style treehouse. Not long ago I found myself nearly plunging my hand into a box of spaghetti to feast on the uncooked pasta sticks within, and I could only think, "No, I will not make my love of Smash Bros. let me sink to this new low." Munching on my favorite snack while trying to convince the world Dino Riki should be in the new Smash Bros. and also the only character on the box? Mr. Sakurai-sama, if I did such a thing I would totally understand if you stopped thinking about replying to the several hundred e-mails I've sent you over the past 17 years. 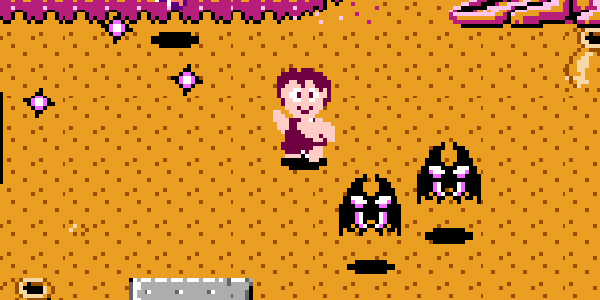 I shouldn't have to tell you how rough we Dino Riki fans have had it since the original game's release in 1989. No sequels for us, just years and years of misery. And when I hired a private detective to track down the creator of Dino Riki, I was told he's too busy with his current job of greeting people at department stores to even think about beginning work on a follow-up. Believe me when I tell you my further actions to convince this man to give the world more Dino Riki means I can no longer enter the country until well into the next decade. The ankle bracelet I'm now forced to wear should be shameful, but instead I view it as a symbol of my devotion to Dino Riki that calls the cops if I go as far as the 7-11 to buy Twizzlers.

If you think you have good advice for me, I've heard it all before from social workers, therapists, and mall security guards. "Maybe like another game," they'll say, following it up with "brush your hair" or "stop wearing those t-shirts with 'Dino Riki' scrawled on them in magic marker." I've looked at all of the options on the table, and after investing so much of my life in Dino Riki fandom, it would be foolish to end it, go back and get my diploma, move out of my parents' house, and get a job now. After all, did Dino Riki give up when tasked with venturing through four amazing worlds full of prehistoric horrors? Like many of the idiots I talk to on a daily basis, I can assure you that no, he did not. I'm about to hit hour one of this hunger strike, and just like Dino Riki himself, I'm hoping my game also has no ending.