No, Michael, Social Justice Warriors Are Not Ruining Comedy for Archangels

Friday, Sep 25, 2015 by Jehoel, Jailer of Leviathan and Destroyer of Idolaters (@sexyfacts4u) 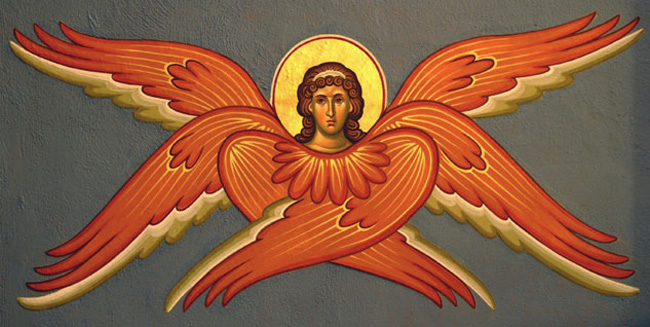 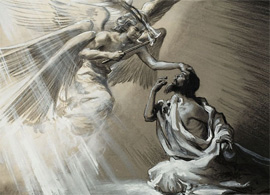 By now, most of you have probably read Michael's blog post about political correctness in which he explains why he no longer performs for any mortal audiences. If not, check it out. It is a worthwhile read even if I disagree with his main premise. He makes some fair points about the accusatory games that are sometimes played on social media, and the Holy, Holy, Holy knows there are enough think pieces on this subject, but Michael misses the real reasoning behind the concept of "punching down." It's not about trying to control the tone of a comedian's material, it's about challenging that comedian to criticize more difficult targets.

It's a great joke, but it punches down. Any seraph could make fun of humans. Their bodies exude the scent of their own decay. They have all those terrible sounds they make with their mouths that aren't an authoritative trumpeting or a crystalline chiming. They don't have any wings covered in eyes, let alone three wings.

We could spend 777 days enumerating the many failings of the sinners. And what would we have accomplished? Some new cheap laughs, the same as the old cheap laughs. The same jokes that have been passed around since Lucifer first called a human a "cannon that fires excrement and is reloaded with meat."

Think about it this way: humans are capable of ridiculing themselves. Why should we of the highest Choir, most exalted of the Almighty's servants, use our comedy to further crush the mortals beneath our heels and grind them into that jelly that comes out of their bodies? We have flaming swords and the ruinous clarions of our voices for shattering human bodies.

This is why I base all of my comedy around the Almighty God. The Creator, Redeemer, and Destroyer, who presided over the birth of all things and will see this universe to its conclusion. How many of God does it take to screw in a light bulb? Two. One to shape the likeness of all things and set in motion the events that will eventually screw in the light bulb and another God to tell one of us to go trick a human into sacrificing his child so that the light bulb will be screwed in. Zadkiel knows what I'm talking about. That one kills with all the Dominions. 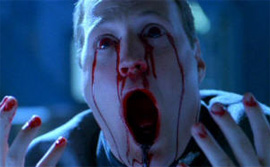 God walks into a bar. The bartender turns to God and falls to his knees weeping, his brain slowly liquefying out of his ears as he witnesses the immaculate forge of creation and hears, for the first and only time, God speak in his unadorned voice. Which sounds exactly like a Reggae horn. Bewwww bewwww bewwww bewwwww bewwwwwwwwwwwwwwwwwww.

God is running his Neapolitan style brick oven pizza restaurant and he gets an order from a Buddhist and this guy says, "Make me one with everything." So God sends one of us with 77 burning whips instead of fingers and we flay this guy down to the bone for the worship of false Gods and also just messing around with God's phone lines when other people might be trying to order a pie.

Now that's a joke that punches up! I have 774 more God-related jokes. Still picking and choosing and honing a tight seven minutes. Michael and the other archangels owe it to themselves to do the same.

– Jehoel, Jailer of Leviathan and Destroyer of Idolaters (@sexyfacts4u)