This book consists of ideas, images, & quotations hastily stored locally and in duplicate in the Operator Forward Command Base for possible use in stories, novels, and after action reports. For the most part they are merely suggestions or random impressions designed to set the memory or imagination working. Their sources are various - dreams, things read, casual incidents, 3x video, FLIR, synthetic aperture radar, absinthe visions, etc. 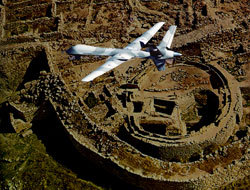 2 A drone switches to black hot, cannot switch back to white hot - a witch's curse?

4 dust occludes satellite - a bloody symbol in the sky

5 drone does not want to fire on civilians - must

12 a drone is fond of local boy on base and learns to hypnotize and transfer its identity into the boy so that it can play football with the other children, but must always return back into the drone. Ordered onto mission where it must blow up the boy. Returns from mission to find that the mission was ordered by the boy himself. While drone was inside his body? 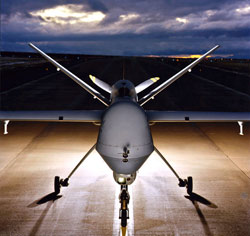 21 Israelis use strange rock to conjure daemons of fire that attack a UN school. Drone must ensure Merkava tanks are not harmed. 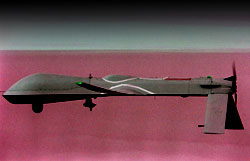 24 TOMMY FRANKS swallows a fly during a speech. Fly takes over his body. Consequences.

25 A WMD inside the wall of an ancient temple, beeps constantly, drives drone to transcribe insane melody for symphony. When completed something happens. Destruction.

27 woman dressed all in black sees soldiers doing a strange thing to her daughters. Disappears into impossible angles.

34 A robot eat a dead body: a shameful robot.