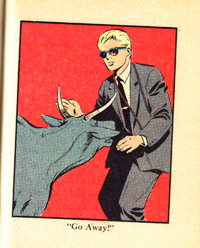 This goat wants love way. The man's yellow hair reminds him of straw, which makes him hungry, which makes him love-way feeling, because all excitements are the same to goats. Pilfred never tried to love-way me, and I don't know how it would have worked, but I'm sad he died before we could try. Animals would be good for love-way practice. 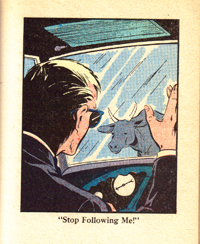 The goat partner watches Straw-head wherever he goes. He winks at him and drools with food/love desire. 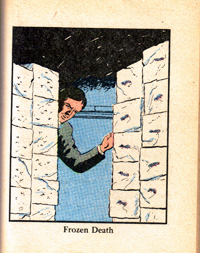 We put Solo in the Frozen Death room. There are mice inside those cubes, and they are still alive because of a science trick. When the mice cubes thaw, we will tell them what Solo did, and they will have a rage. We already told Solo this will happen, so he is watching them melt with terrible suspense. 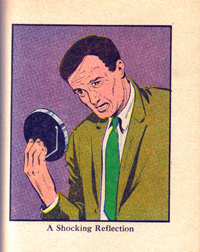 The Frozen Death room froze Solo's face in an ugly way. He has become an elderly before his age schedule. 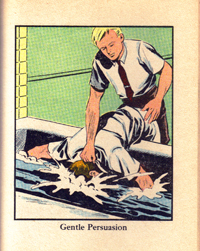 I remember when the generals taught me the Gentle Persuasion. They used it to see if someone is a person or an alien. You were supposed to count to 10 before pulling the heads back up. I made a lot of death mistakes, because I don't know numbers very well, so it took me more than 10 to count to 10. Finally, I had one that kept blowing bubbles while I tried to remember what came between seven and after-seven. That was the day the generals found out aliens can breathe underwater. They said the ones before were just a "bad batch." 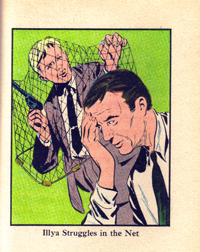 Yellow-head tried to rescue Solo, but the door had a net trap. Solo does not help him, because he is now obsessed with running his fingers over his hideous facial expression. 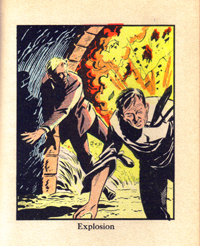 I told the general I couldn't tell which person was on the good side, and he told me "just blow up the damn building." The goat survived, so he might be my new partner. But Max, I'm hoping it will be you by next mission!